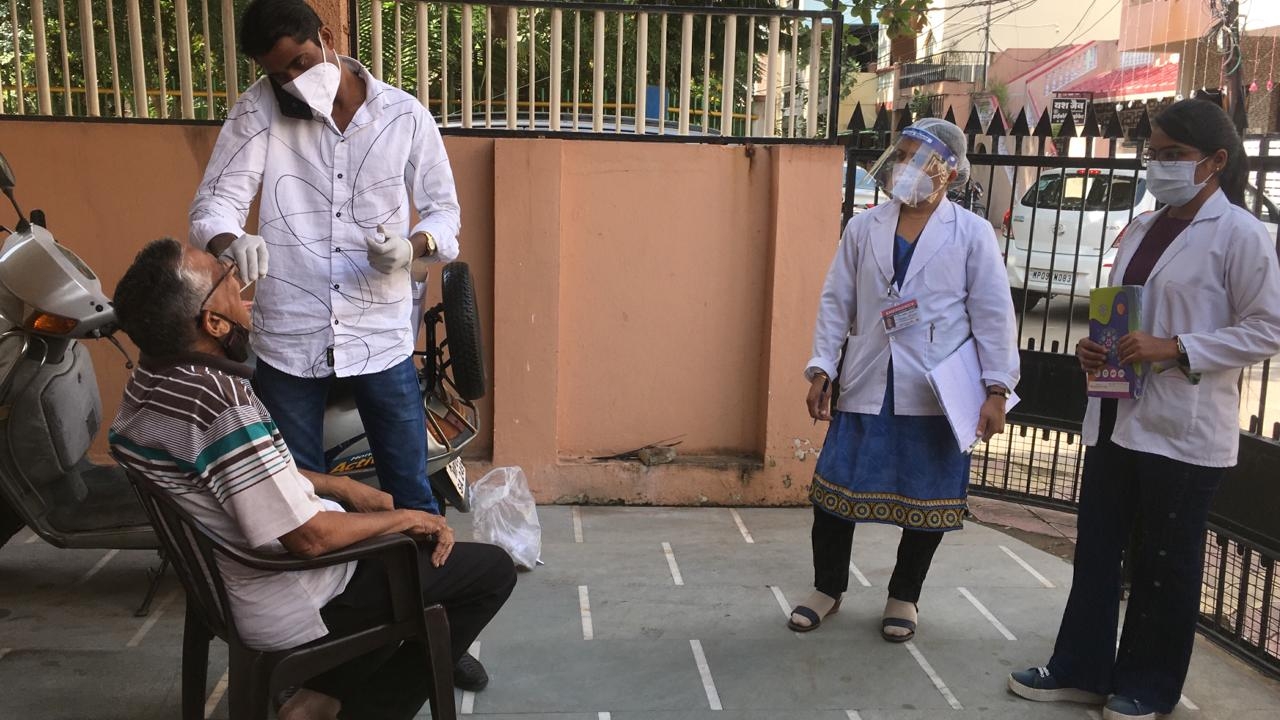 Indore was one of the worst affected cities in the country during the second wave of Covid-19 but it has recovered fast from the horrific situation, thanks to the health activists who sacrificed their holidays to keep people safe.

Some of the health workers are still working dedicatedly with an aim to keep people safe even on the day of Diwali as they continued the contact tracing of the patients found positive on Wednesday to confine the virus spread to the minimum.

“The patient of Bakhtawarram Nagar has been kept in home isolation. She had gone through testing after not getting any taste and smell. Samples of her five other family members were taken. Similarly, the patient found positive in Pancham Ki Phel was the one found in contact tracing of a man tested positive on Tuesday. Over 20 more samples were taken from the area,” health officials added.

The woman found positive in Silver Oak Colony had returned from Mumbai a couple of days ago. Her 12 family members were already tested negative but the RRT team has also taken their samples again.

Nurse Preeti Singh was present at Hukumchand Polyclinic to inoculate people even on Diwali but only three people came to take the dose till 12 pm. Similarly, nurse Diksha Jagare was available for vaccinating people at Government PC Sethi Hospital throughout the day but no one came to get the dose till 1 pm.