Now it lies buried under earth, with only the dome visible
Staff Reporter 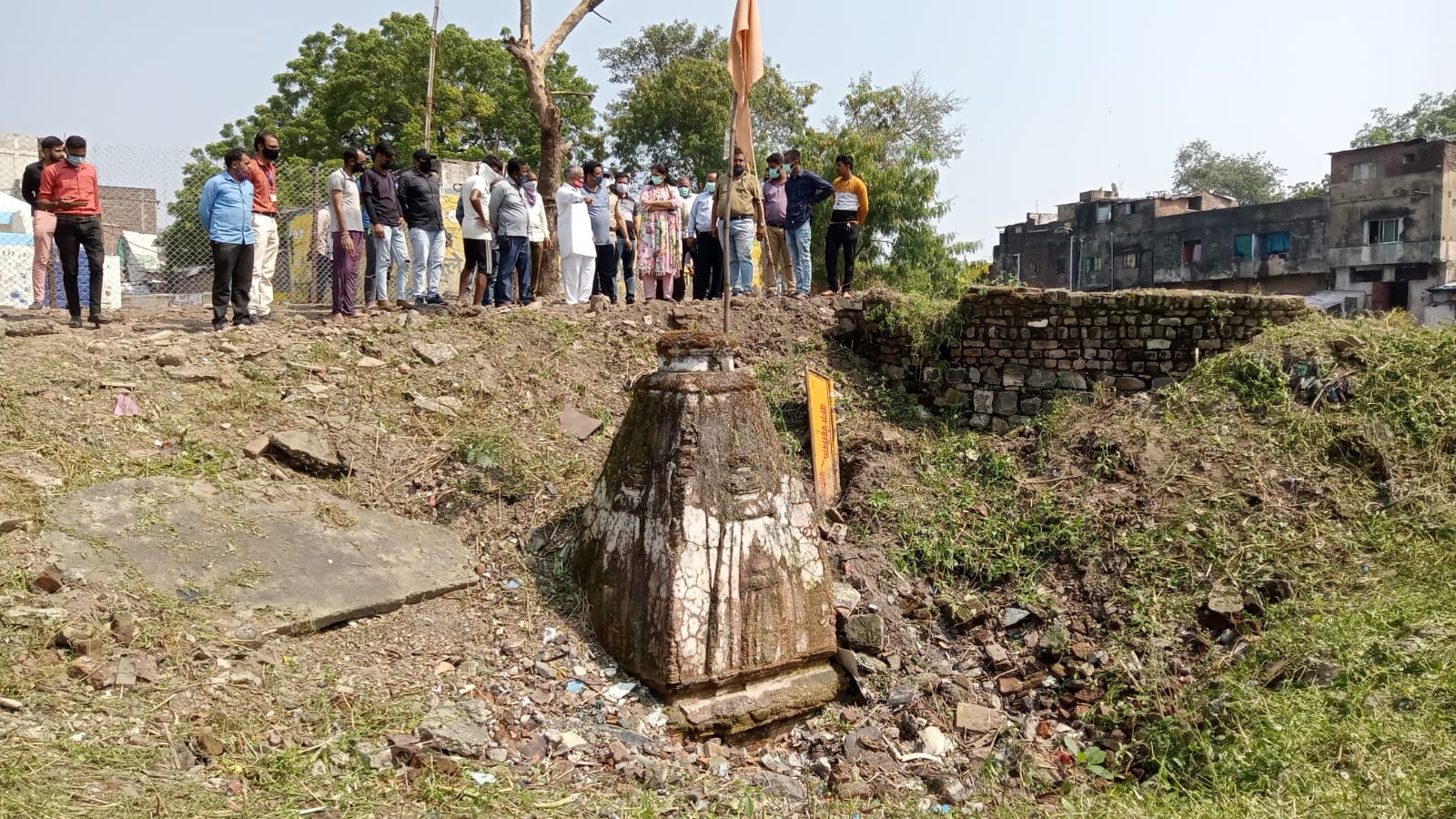 The IMC will restore the temple of Lord Ganesh at Gangaur Ghat that has got buried under earth and rubble over the years due to disuse and neglect.

During her inspection of the area municipal commissioner Pratibha Pal saw the dome of a temple popping out and she enquired about the buried temple from the officials and locals. She was informed that it was a Ganesh temple built during the Holkar era, and there was a bawdi (step well) near the temple.

Commissioner Pal instructed the officials and engineers of IMC to excavate the temple properly and restore the structure as it was during the Holkar era. She said no machines should be used during excavation lest the temple gets damaged.

“Officials must ensure that no machinery is used in the excavation of the temple because heavy machines can damage the structure,” said commissioner Pal.