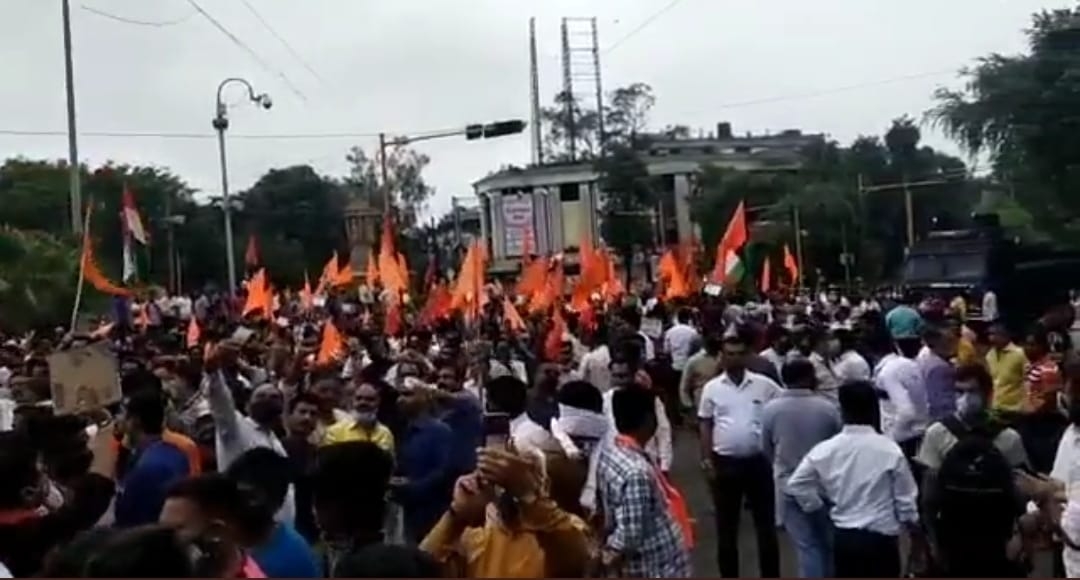 Indore (Madhya Pradesh): The Hindu Jagran Manch has taken out a march and submitted a memorandum to the deputy inspector general of police (DIG), Indore in protest against several incidents that sparked tension in Indore.

The march was taken from three different places including Nehru Park, Bal Vinay Mandir School and Yashwant Plaza. They reached regal square from where they reached the DIG office and handed over the memorandum to DIG, Indore Manish Kapuria.

District president of the Manch Dheeraj Yadav said that several incidents had taken place in the past few days in Indore that sparked tension in the town. “Some organizations and people have been working behind all incidents. A probe must be conducted and action must be taken against them,” he said.

As the Hindu Jagran Manch had informed the administration about taking out March, heavy police force was deployed on the roads leading to the DIG office. Drone cameras were also deployed to keep watch on miscreants.

Two days ago, over 1000 people had gathered outside central Kotwali police station in protest of mob lynching of a bangle seller and reportedly created ruckus. The police have registered a case against protestors. The district Collector, Indore Manish Singh has also claimed that hands of PFI and SDPI have been found in gatherings of people outside the Central Kotwali.