Indore: Free education to martyrs’ wards at DAVV colleges too 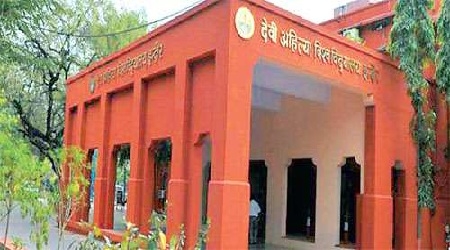 Indore: Devi Ahilya Vishwavidyalaya (DAVV), which post-Pulwama terror attack had announced free education to children of martyrs in its teaching departments, will direct affiliated colleges to extend the same benefit to children of “fallen heroes”.

There are nearly 270 colleges under the DAVV in eight districts in Indore division.

“DAVV’s executive council on Monday decided to direct affiliated colleges that no fee should be charged from children of martyrs and ex-servicemen. It has also been decided to charge only 50 percent of tuition fee from children of personnel serving in armed forces,” said vice chancellor Dr Narendra Dhakad.

Earlier, the executive council had decided to offer free education to martyrs and retired army men’s children at its teaching departments on UTD campus post-Pulwama attack.

On Monday, EC member Alok Dawar proposed during the EC meeting that affiliated colleges should also be made to follow the same suit.

The EC accepted the proposal and directed university administration to issue a notification for the same after having a word with college principals.

BEd second semester examination malpractice led to a row between the VC and Dawar. Dawar alleged that the university was not trying to get the people involved in malpractice.

The VC rubbished the allegations and said that a committee led by additional director (higher education) KN Chaturvedi was constituted to probe the matter but he stepped down.

He stated that the university had written letter to the commissioner (higher education) to nominate someone as chairman of the committee but to no avail.

Finally, it was decided that the examination committee would probe the matter. The pass percentage of BEd second semester exam was unbelievable 96.

Fresh evaluation reduced the pass percentage to 59 revealing large scale irregularity in evaluation of answer books. Following the revelation, the probe panel was formed to identify the persons involved in the malpractice.