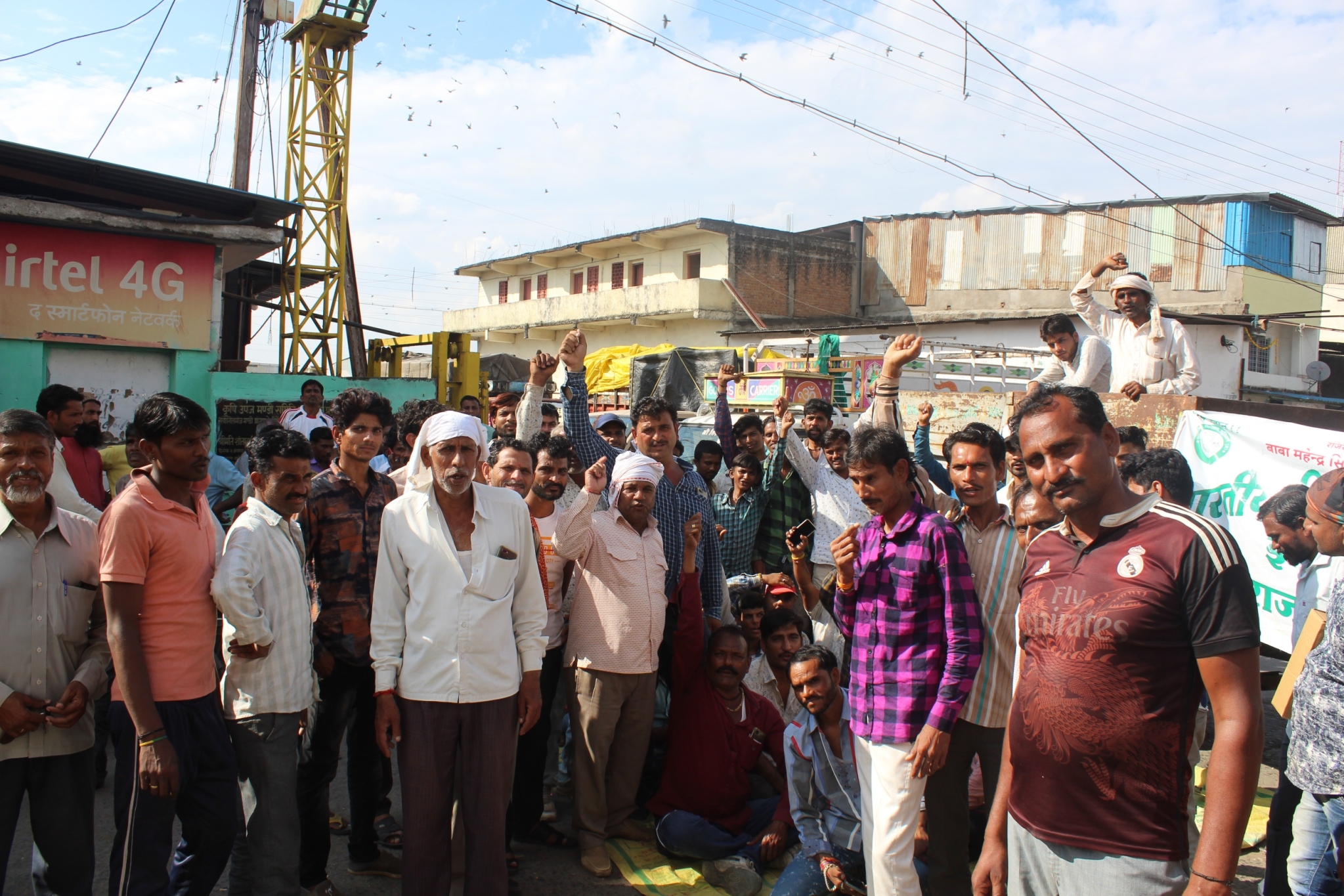 Indore: Over 50 farmers launched protest at krishi upaj anaj mandi in Sanyogitaganj on Wednesday after traders denied making cash payment up to Rs 2 lakh to them after purchasing their produce.

The farmers staged protest for about four hours at Chhawni grain mandi. They withdrew protest after tehsildar BS Shrivastava intervened and settled the matter temporarily between traders and farmers. The traders have been given time till Friday to make cash payment up to Rs 2 lakh.

According to information, farmers reached mandi with wheat, gram and soybean to sell them to traders. They trading process began at 8 am. When the deal with farmers became final, a section of traders gave Rs 10,000 each to the farmers and said they will pay the remaining sum through Nation Electronic Fund Transfer (NEFT). Other traders told farmers that they would pay the entire sum through NEFT.

The mandi officials told farmers that their problem will be settled after Monday. Upset with this statement, farmers launched protest. They blocked Chhawni grain mandi entrance gate with a tractor and a trawler. They also raised slogans against government and mandi authorities.

When the information about their protest reached area SDM, he sent tehsildar BS Shrivastava to look into the matter. The latter held talks with mandi officials who sought one day’s time to discuss the issue with the traders.

However, enraged farmers demanded that mandi authorities should give in writing that they will discuss the matter with traders and solve their problem. The farmers then threatened that they will stage demonstration and block trading if they will not get payment up to Rs 2 lakh by Friday.

Farmers complaint: The farmers placed their other problems before tehsildar. They alleged that traders demand documents, which are not always needed. They demanded that a photocopy machine and MPONLINE kiosk should be set up in the mandi so that they can submit documents required by traders. Their other demands include safe drinking water and a place where they can take meals in the mandi.

“We have sorted out the matter and will make sure that farmers face no problems. I have also told traders that they must make minimum cash payment of Rs 10,000 to farmers.”

“The issue will be resolved by Friday otherwise state government will take appropriate action. I have asked farmers to submit their other demands in writing. We will provide best facilities. ”