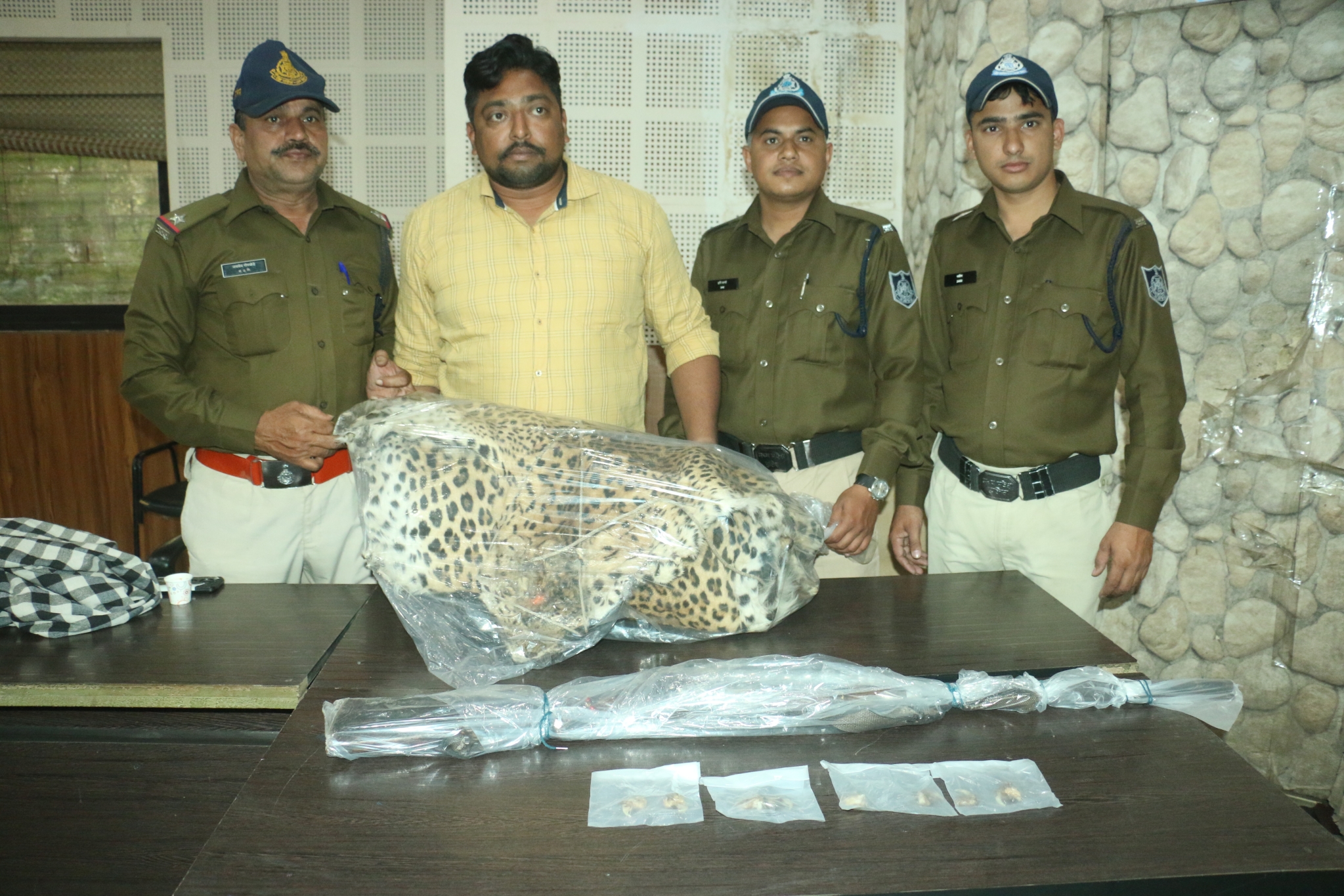 A joint team of the crime branch and Khudel police arrested five men while they were trying to sell the skin and nails of a leopard in Khudel area on Saturday. The skin, nails and bones worth Rs 70 lakh in the international market were seized from the accused and they are being questioned about other gang members who might be involved.

ASP Punit Gehlot told the media persons that acting on tip-off, five men were arrested from Khudel area while they were planning to sell the skin and nails of a leopard. The accused were identified as Champalal Kanoje, a resident of Bagli in Dewas district, Shahrukh Khan of Azad Nagar area, Ahmed Raza of Kaji Palasia, Yasin Ali of Barwani and Salim Khana of Azad Nagar area of the city.

A leopard's skin, 8 nails, bones and a gun were recovered from the accused. Champalal allegedly informed the police that he had hunted the leopard with his gun in the jungles of his village Patharipala and he had given the remains to his four accomplices to sell them to the customers in lakhs of rupees. Earlier, accused Champalal was arrested by the police for poaching a deer. The accused were booked under the Wildlife Protection Act and further investigation is underway.