Indore: During discussion on Master Plan - 2035 draft, industrialists demand reservation of 5000 acres of land for industries 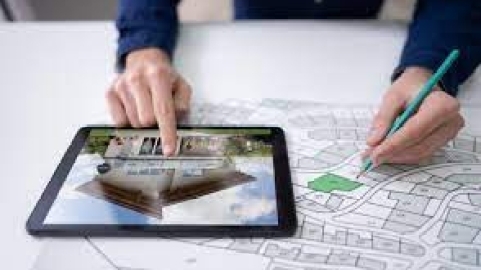 Indore
Industrialists of the city have demanded that the administration should reserve 5000 acres of land for industries with all the amenities in the Master Plan-2035.

The industrialists place their demand at a meeting called for preparing the draft of the Master Plan-2035, which was presided over by district collector Manish Singh on Wednesday. Municipal commissioner Pratibha Pal, joint-director,Town and Country Planning Department (T&CP) SK Mudgal, IDA CEO Vivek Shotriya, executive director of MPIDC Rohan Saxena among others were present in the meeting.

Speaking on behalf of the industrialists, Association of Industries of MP (AIMP) president Pramod Dafaria said the 5000 acres reserved for the industrialists should have 33KVA electric substation, fire brigade station, police outpost, space for vendors, logistic hub including multi-level parking, a private or ESI Hospital, space for dense forest etc.

Yogesh Mehta, vice-president of AIMP suggested setting up of row industries, while Sunil Vyas suggested the development of IT industries.
Collector Singh instructed T&CP joint director Mudgal to encourage units related to the IT sector in the development plan. On the lines of metro cities, IT ecosystem should also be created here so that
large private sector IT industries can set up their units and build IT parks, the collector said and added that pollution control rules and other formalities should be included in the draft and they should be industry friendly.

It was unanimously decided in the meeting that Red Industries, which cause a high amount of pollution, should be kept out of urban residential areas. Transport towns should be established at various entry points of the district. Inconsistent land use and resettlement in the industrial sector was also discussed.

Earlier, Indore Development Plan 2021 was prepared for the planned development of Indore city, which was approved by the government on January 1, 2008. However, as Indore was selected under the AMRUT scheme of the Government of India - one of the 34 cities of Madhya Pradesh - a new Master Plan valid till 2035 is going to be prepared taking into account the provision of the AMRUT scheme.