The DSP alleged that Vij is doing illegal construction in his house against which Sharma complained to municipal commissioner Pratibha Pal so that appropriate action could be taken against him.

Indore (Madhya Pradesh): A video of the Lokayukta DSP wearing undergarments and having a fight with a retired bank official surfaced on the Internet on Monday. The reason behind the fight between them was that the construction work at the bank official’s home was spreading a lot of dust and debris in the locality and thus inconveniencing the DSP. The incident happened in Lakshya Vihar Colony.

The investigation officer, sub-inspector Ramzan Khan, of the Kanadiya police station said a complaint was registered by Vedant Sharma against Sandeep Vij, a retired assistant general manager of a government bank. In the complaint, Sharma alleged that Vij, his neighbour, had come to him on Saturday morning and, after a heated argument, the duo got into a brawl due to which Sharma got injuries on his face and other parts of his body.

“After the MLC of the victim, the police have registered a case under sections 294, 323 and 506 of the IPC,” police officials said. “No complaint has been lodged by the accused Vij against Sharma in the case,” said S-I Khan.

DSP Vedant Sharma, in his defence, quoted that Vij lives in Ahmedabad and owns a house close to his house. Renovation work has been going on at Vij’s empty house for the past six months. “Because of the construction work, debris from his house is thrown outside my house and surroundings causing inconvenience in the locality. Also, the work causes dust in the area which causes inconvenience. Earlier, I requested him multiple times to get the work finished soon and also asked him to resolve the debris and dust issue, but to no avail,” said DSP Sharma.

The DSP alleged that Vij is doing illegal construction in his house against which Sharma complained to municipal commissioner Pratibha Pal so that appropriate action could be taken against him. The DSP’s complaint to the corporation against Vij heightened tensions between the two and numerous arguments ensued before the street-fight.

Sharma said, “On the day of the incident, Vij came to me and threatened me, saying, ‘Tumhari afsargiri nikal dunga (I’ll remove you from bureaucracy).” Vij allegedly also used rough language with Sharma. Sharma added that Vij’s threat instigated him after which he manhandled Vij. In his own defence, he said, “Because I’m a police officer, I responded in a manner that the police would normally respond when someone threatens them.”

The other side of the story

Vij made a statement saying that he had gone to Sharma to apologise for the inconvenience caused him because of the construction work. But, instead of a polite response, the DSP had burst out in anger and attacked him.

The viral video of the two shows that DSP Sharma attacked Vij and, in retaliation, Vij also punched the DSP. After a few seconds of fighting, Vij ran away from the place and the DSP can be seen bringing out a stick from his house and chasing Vij, who had already escaped from the place. A towel was wrapped around the DSP’s waist, which fell off in the fight and he kept on fighting with Vij wearing an underwear. 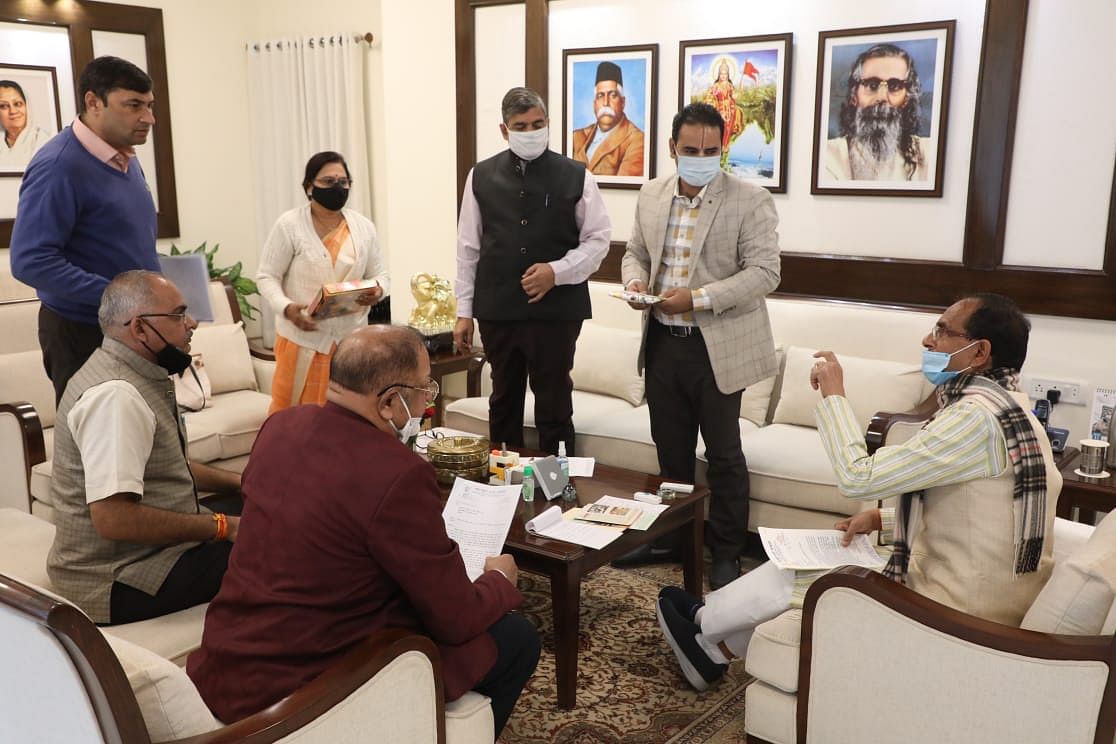 Madhya Pradesh: Patel dances to the beats of Mandal to motivate school kids in Barwani