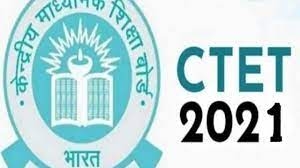 Central Teacher Eligibility Test (CTET) admit card is available on the official website, ctet.nic.in. Candidates can download the CTET admit card using registration details. This time, the CBSE has released a pre-admit card before the main exam admit card. In the pre-admit card, candidates have been intimated about exam city and date. On the main admit card candidates will be informed about the exam centre and shift.

The main exam admit card will be released 2 days before the exam date.

“The e-Admit Cards of candidates (who have paid the fees) and allotted examination dates during 16th – 31st December 2021 have been uploaded on the CTET website. The admit cards for the candidates who have been allotted dates of examination during 01st – 13th January 2022 will be uploaded in due course of time,” reads the CBSE notice.