Indore (Madhya Pradesh): Police booked a film actor for allegedly raping a girl from Hyderabad, on Friday. The accused met the girl a few years ago in Mumbai after which he made physical relations with her there on the pretext of marriage. The girl also stayed in Indore and the accused had physical relations with her here also so she lodged a complaint with the police in the city. The police have registered a case against a person from Mumbai and the case is being sent to Mumbai police for further investigation.

- Decamp with valuables worth 8 lakh

Thieves targeted the house of an ex-corporator’s brother and decamped with cash and valuables worth Rs 8 lakh from there in the wee hours of Friday in Lasudia area.

According to the police , the incident took place at the house of Pratibhan Singh Bundela in Scheme Number 78. Bundela is posted in the Revenue Department in Zone 7 of IMC. His younger brother Jitendra Bundela is an ex-corporator. Jitendra told the Free Press that the family members had gone out of station on Thursday and they returned home around 1 pm. The family members were sleeping and the cooler was on, so they could not hear the thieves. The thieves entered the house by putting a hand through an open window to open the main door. They managed to flee with about 12 tola gold ornaments and Rs 50,000 in cash from the almirah of his nephew’s room.

The incident was discovered when one of the family members woke up around 5 am. Later, the police were informed. Bundela said that it was 12th incident in which the thieves opened the door after putting their hand through a window in Scheme Number 78 within this week.

Lasudia police station staff examined the CCTVs of the area and found two suspects near the spot. However, their faces were not clear, but police claimed that the accused would be arrested soon. The residents of the area said that the police didn’t patrol the area especially in the night due to which the anti socials roam in the area at night. Residents said the anti-socials consume drugs and can be spotted at many places including near Government Higher Secondary School, Chhatrasal Vidyalaya, Bawdi Hanuman Temple in Scheme Number 78 at night.

Police booked a man from Barnagar for putting a girl’s photo with him on a social media platform, police said on Friday. The girl had befriended the accused as he had introduced himself as a transporter. Later, she came to know that he is a driver after which she had stopped talking with him.

According to the Bhawarkuan police station staff, the girl had lodged a complaint against the accused named Krishnpal for putting her photos with him on social media and sending them to her relatives. It is said that the girl met the accused through a social media platform a few months ago. Then, the accused posed himself as a transport businessman. The girl accepted the proposal of marriage from the accused. After that, the family members of the girl reached his place and found that he is a driver. After that, they refused to marry the girl with the accused.

After he was refused by the girl and her family members, he put her photos with him on social media and tagged the photos to the relatives. When the girl came to know about the same, she reported the matter to her family members and later she lodged a complaint with the police.

- Accused had an argument with wife

A man attacked his 7-year-old daughter with a butcher's knife and also injured his brother following an argument with his wife. The little girl tried to intervene on behalf of her mother and she was attacked by the accused. The police have detained the accused.

According to the police, the incident took place in Bakshibagh Colony late on Friday. Preliminary investigation revealed that the accused named Nitin Mewate was arguing with wife. Then, his daughter Preksha tried to intervene and an infuriated Nitin attacked Preksha with a butcher's knife.

She received a deep injury on her neck. When Nitin's brother Rahul tried to intervene, the accused also injured him. The police are taking the statement of the injured persons to know the reason behind the incident. 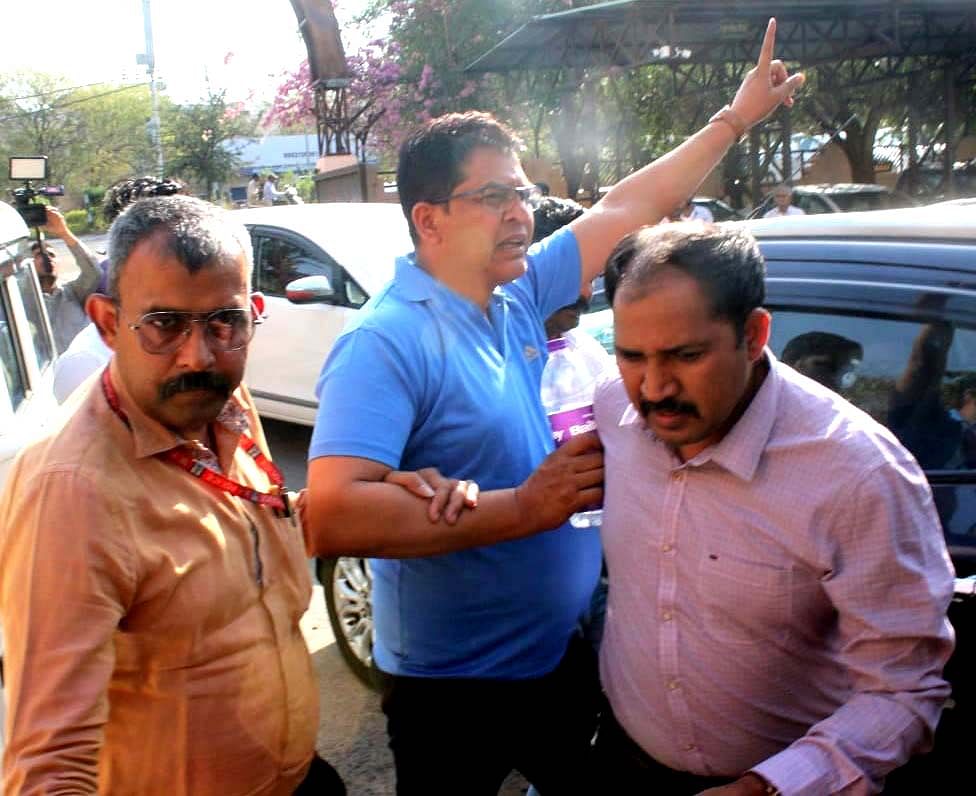