In line with this 'Defeat Diabetes' campaign, the police organised a blood test camp at the DIG’s office in collaboration with Rotary Club on Wednesday.
Staff Reporter 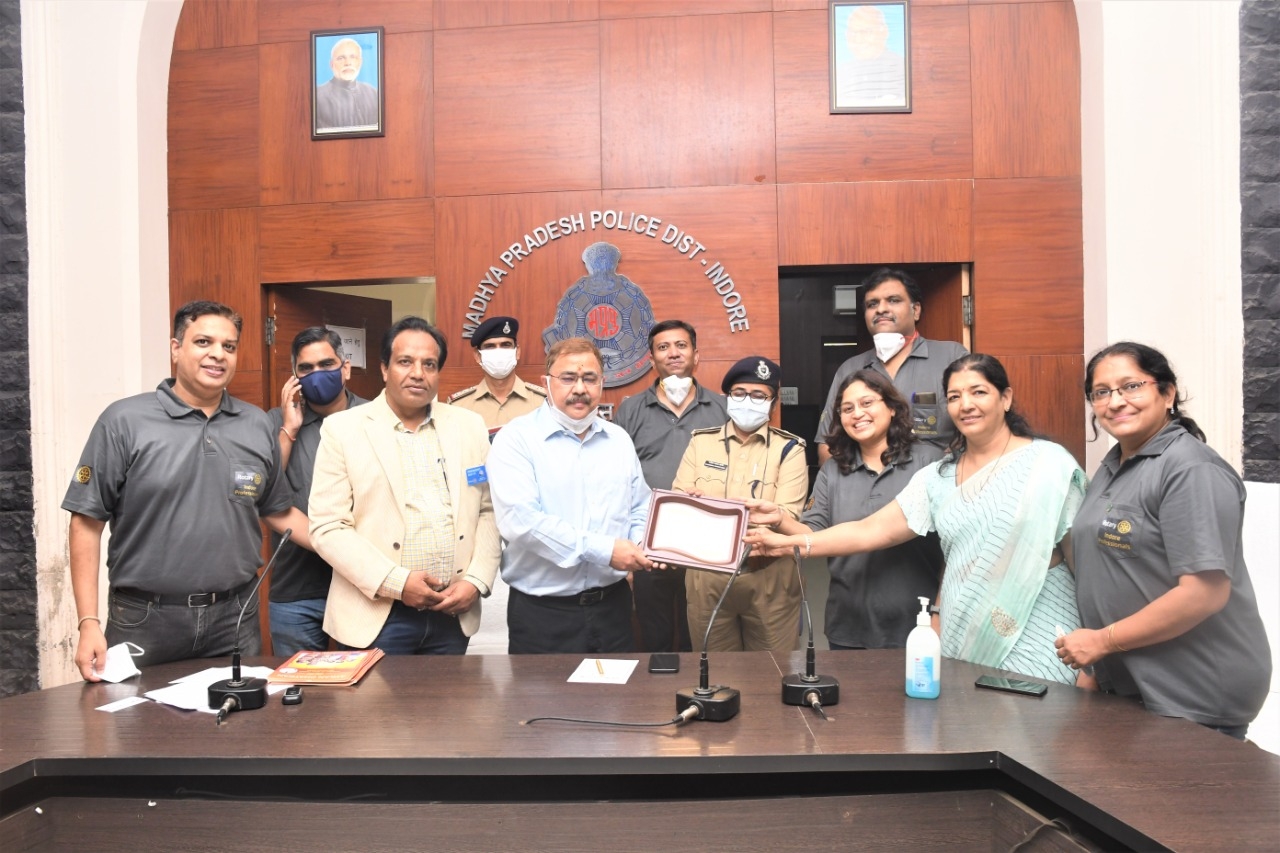 Indore: The modern world has modern diseases in which diabetes is a leading affliction which can be found very randomly among people of all age groups. Indore Police, apart from battling criminals and securing citizens, also makes sure that the police staff remains fit and healthy to tackle any situation. In line with this, the police organised a blood test camp at the DIG’s office in collaboration with Rotary Club of Indore Professionals on Wednesday.

Police officials said that the ‘jawans’ were called for the test. Sugar levels in the blood of the police personnel were tested using advanced technology devices which instantly indicate the different levels of suger in a person’s blood.

“There were a few police personnel whose sugar level was found above the acceptable normal. Such policemen were provided with genuine routine advice through which they can control their sugar level, can remain fit and keep such diseases at bay,” said ASP (HQ) Manisha Pathak Soni. In the programme, the policemen were informed by experts that inappropriate diet, no exercise, improper sleep and such other things cause diabetes among people.

The policemen were also told about the causes of diabetes, types of diabetes, measures for controlling diabetes, ways to check blood sugar levels and such other things. In the programme, DIG (Indore) Manish Kapooria was also present. He appreciated the drive, “One national day million blood sugar test”, initiated by Rotary Club.

DIG Kapooria also advised the police staff to remain fit and to take care of their health along with doing their duty punctually and with full dedication and honesty. In the programme, members of Rotary, Indore, were present, including president Sanjay Agrawal, event chairman Akhilesh Maheshwari and others. 49 percent of COVID-19 patients who died in Indore are diabetic, reveals a study