Addressing the gathering of over 50,000 tribals during the tribal convention at Nehru Stadium on Saturday, Chouhan said, “We have decided to change the life of our tribal people and we are taking various initiatives to make them self-reliant along with keeping their traditions alive.
Staff Reporter 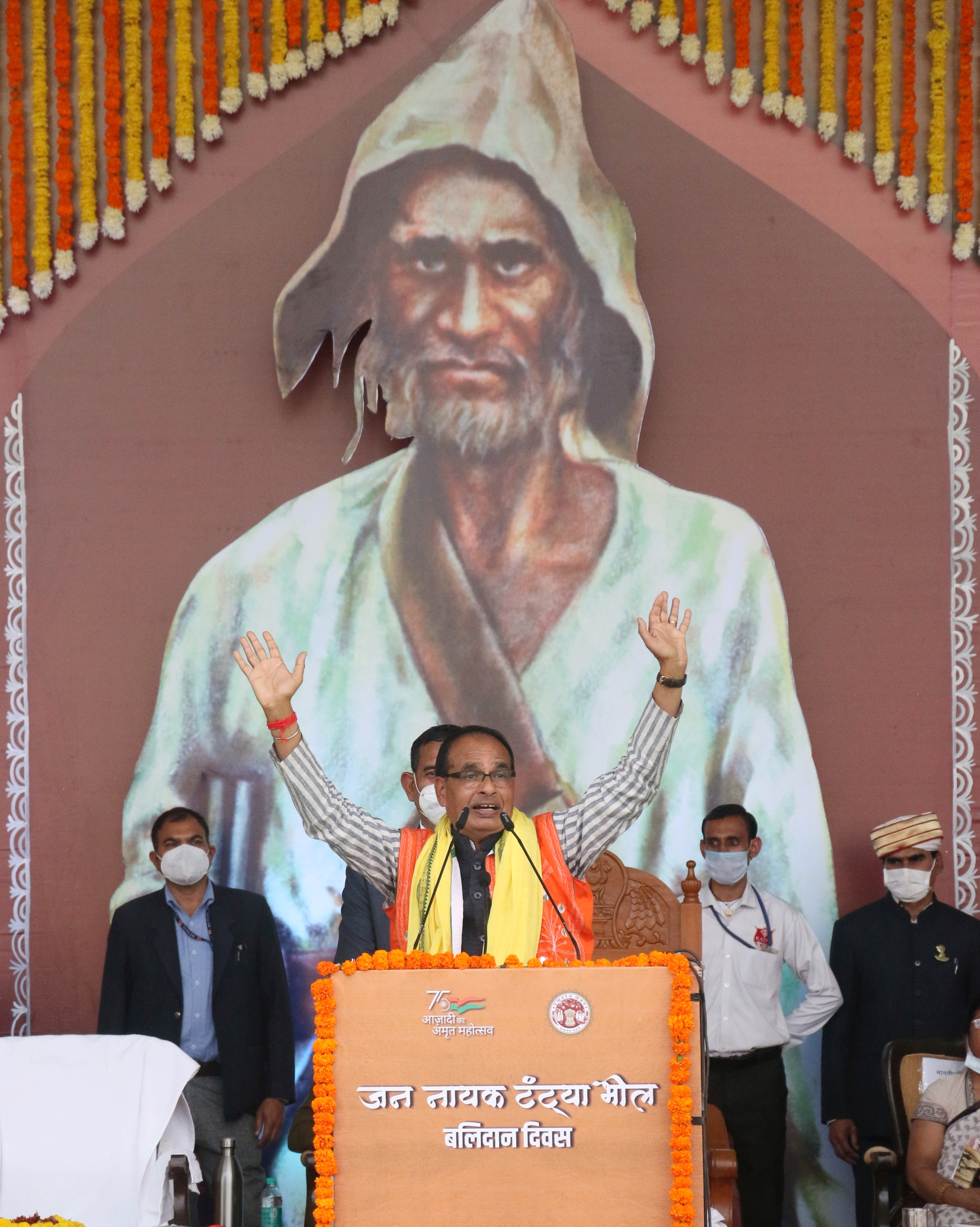 On the occasion of ‘Balidan Diwas’ (Sacrifice Day) of tribal leader Tantya Bhil, Chief Minister Shivraj Singh Chouhan tried to strike a chord with the tribals by making various announcements, mainly implementation of PESA in the state.

Addressing the gathering of over 50,000 tribals during the tribal convention at Nehru Stadium on Saturday, Chouhan said, “We have decided to change the life of our tribal people and we are taking various initiatives to make them self-reliant along with keeping their traditions alive.

Congress had forgotten the tribals during 50 years of their tenure but it was the former Prime Minister Atal Bihari Vajpayee who formed the first ministry for the development and welfare of the tribal.

Now, Prime Minister Narendra Modi has decided to celebrate Janjatiya Gourav Diwas on November 15 to pay tribute to the revolutionaries who contributed by sacrificing themselves for the freedom of the country.”

Announcing relief for the tribals from moneylenders, Chouhan said that tribals will not have to repay the loan which they have taken from moneylenders operating without necessary licence and charging high interest rates.

The government has framed a law through which all loans taken from moneylenders - before August 15, 2020 - who are charging high interest rates and who don’t have any licence, need not be paid. The moneylenders will also go to jail if they harass tribals to repay the money.

“We will not stop the scheme of allowing distribution of ‘patta’ to tribals and will implement ‘Mukhyamantri Awasiya Bhu Adhikar Yojana’ to allot plots to the families eligible for the same,” the CM said.

He also announced that the government would promote traditional liquor prepared by tribals as Heritage Liquor and said that ban on liquor is not feasible but we are focusing on de-addiction and rehabilitation.

The Chief Minister said that they are going to start recruitment on 1 lakh backlog posts for tribals.

“We cannot give jobs to everyone and I want the tribal youth to start their own business to become a job giver instead of being a job seeker. We will provide a bank loan of Rs 50 lakh under Mukhyamantri Udyam Kranti Yojana for starting their own businesses. The government will give bank guarantee and also give subsidy of three per cent on the interest on the loan amount

All petty criminal cases would be taken back

The Chief Minister announced relief from petty criminal cases against tribals and said that all such cases would be taken back.
“I don’t want my tribal brothers to go to court and police station over petty issues as it affects their daily wage. We are taking all such cases so that they can work freely and get rid of the burden of such cases,” the CM announced.

Chouhan also announced that the government will also provide MSP on forest products like mahua, honey, karonda, and others.

“Cases of sickle cell aneamia are high in tribal areas and the state government will speed up the Madhya Pradesh Sickle Cell Mission to prevent the disease and to provide proper treatment to the tribal,” the Governor said.

Governor Mangubhai Patel, Chief Minister Shivraj Singh Chouhan, minister Tulsi Silawat, and various leaders danced on tribal songs during the programme. A bow and arrow was also gifted to the Governor and the CM by the people of the tribal community.

Congress leader KK Mishra criticised the Chief Minister and BJP leaders for dancing on the occasion of ‘Balidan Diwas’ and said that the day was observed as the death anniversary on which the freedom fighter must be remembered but the BJP leaders danced and celebrated his death anniversary.