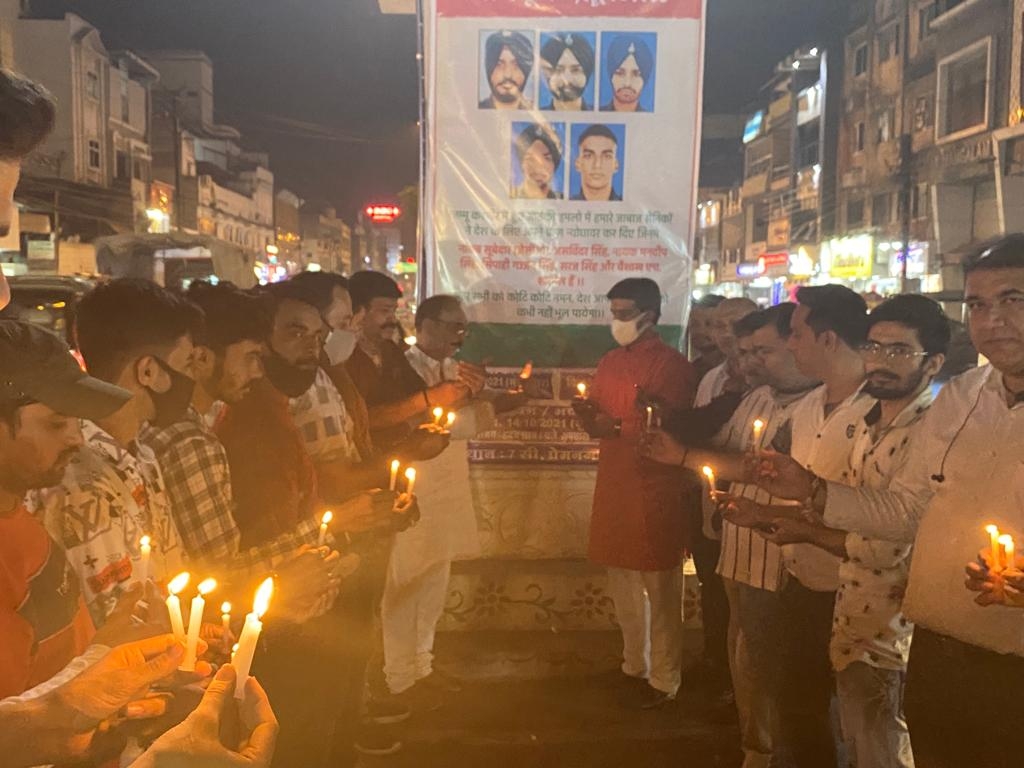 Saluting the martyrs and expressing the pain of their loss on Tuesday, Indoreans paid tribute to the five soldiers, who martyred on Monday.

Five soldiers including a junior commissioned officer (JCO), were killed in an exchange of fire with heavily armed terrorists in a forested area at Surankote in Jammu and Kashmir’s (J&K) Poonch district on Monday.

A group of people gathered at Sindhi colony square and lit lamps to pay tribute.

One of the representatives Pankaj Fatehchandani said, “The nation will always remain indebted to our bravehearts for their supreme sacrifice and devotion to duty.”

Further, tribute and Sukhmani path will be organised at Gurdwara Imli Sahibji, Indore from 4 pm on Friday.