The city recorded 9.2 mm rainfall on Wednesday night; total rainfall reached 11.2 inches; temperature is down; the sun is out.
Staff Reporter 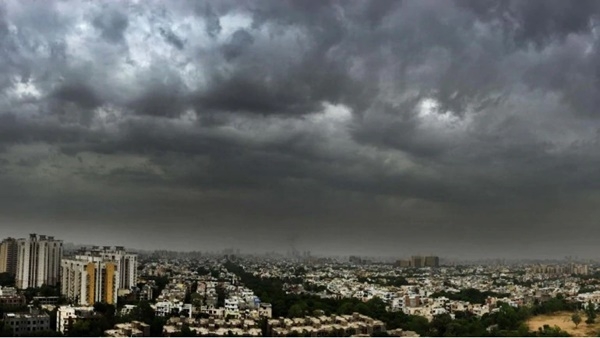 Indore (Madhya Pradesh): The residents of the commercial capital of the state expected that the city would harvest a good rainfall.

The weather office’s forecast that the chances of a good rainfall in the Indore region are bleak has left them disappointed.

The city recorded only 9.2-mm rainfall on Wednesday night, and similar conditions will prevail for two more days, the met office says.

“The light to moderate rainfall will continue to lash Indore and its surrounding areas for the next couple of days,” Met officials added.

Meanwhile, the city recorded more than a half-inch rainfall in two days. The total rainfall in the season has so far reached 284.7 mm (11.2 inches).

A spell of light showers has continued in the city for a week. Dark clouds are hovering over the city.

Rains continued throughout Wednesday night and citizens woke up to a misty morning. The evening saw a little rainfall.

“A low-pressure area lies over northwest Madhya Pradesh and its neighborhood. The associated cyclonic circulation extends up to 5.8 km above mean sea level. The monsoon trough runs along its normal position as it passes through Ganganagar, Narnaul, centre of low-pressure area over northwest Madhya Pradesh and neighborhood, Varanasi, Gaya, Bankura and thence southeastwards to northeast Bay of Bengal,” meteorological department officials mentioned it in the daily bulletin.

The temperature on Wednesday night was recorded at 27.2 degrees Celsius. It was one degree Celsius below the normal.