Indore: CET 2.O to be held at 11 centres in the city today 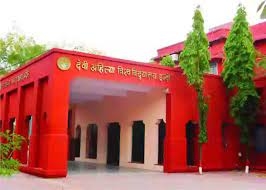 Devi Ahilya Vishwavidyalaya (DAVV) has allowed all students, who had opted for second phase of common entrance test (CET), irrespective of the fact that many of them had submitted applications after the deadline expired.

The exam is scheduled to be held today at 11 centres in Indore on Saturday.

“Candidates from Indore, who were allocated centres in other cities, were asked to apply for the second phase of CET by sending applications through emails by 3 pm on August 29. Many students failed to meet the deadline. They emailed applications after the deadline. Initially, we did not consider them for CET 2.O to be held in Indore centres. However, keeping their future in mind, now we have allowed late application submitters also to take exam,” said CET-2021 coordinator Kanhaiya Ahuja.

Initially, a list of 1793 students, who had opted for second phase of exam, was released by National Testing Agency (NTA), which has contract for the CET-2021.

Many students, who did not find their names in the list, made a beeline to DAVV for getting their names on the list.

The university took their applications and on enquiry learnt that the applicants had sent emails to NTA for second phase of exam after the deadline was over.

On Thursday, DAVV asked NTA to allow all applicants to take the exam as it did not want anyone to be left out.