Indore: After action against Manish Dawar, inspector Tripathi to be incharge of Azad Nagar police station

Dawar was line attached for thrashing an accused in the lockup late on Tuesday.

TI Dawar was attached to police line by the senior officials on Wednesday after a complaint of thrashing a man named Ramrajya Chouhan in the lockup and allegedly uprooting his toenails. The family members had alleged that the policemen also demanded Rs 1 lakh to release the accused.

It is said that Ramrajya was caught by the police in an assault case on May 9, 2021. After that, he was thrashed in the lockup. Due to the police atrocity, he fled from the lockup. However, the police caught him again and thrashed him badly. The family members alleged that his toenails were also removed.

One of Ramrajya’s family members took his photo in the lockup and lodged a complaint with the senior officials. 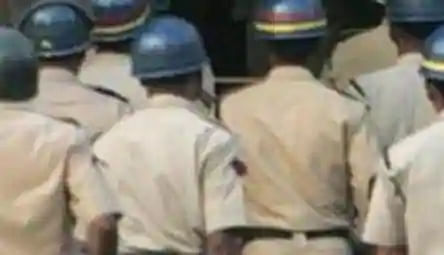 HomeIndoreIndore: After action against Manish Dawar, inspector Tripathi to be incharge of Azad Nagar police station