The fest will be open for the public from 4 pm, every day.
Staff Reporter 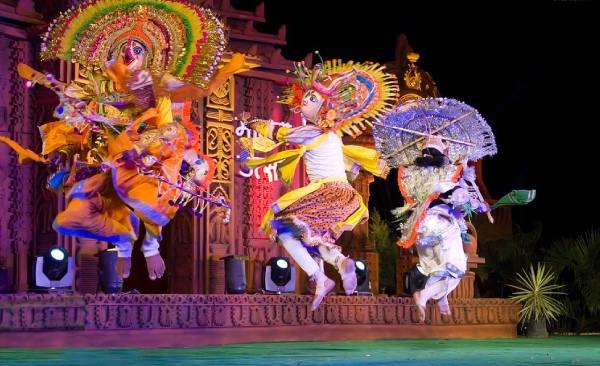 Indore (Madhya Pradesh): The uniqueness of Indore and Malwa’s rich culture and craftsmanship will be seen in the six-day cultural fest 'Malwa Utsav' scheduled to begin at Lalbagh Palace in Indore from Saturday.

In the fest, craftsmen and artists from different parts of the county will showcase their talents. In addition, the fest will also have an array of delicious and aromatic delicacies in the food zone.

According to information, dance performances will be held on the first of the fest in which artists from Chhattisgarh, Madhya Pradesh, Rajasthan and Gujarat will participate.

While dancers from Kerala, Goa, Karnataka, Maharashtra and Odisha would present southern heritage, dancers from Assam, Manipur, Mizoram, Uttar Pradesh and Uttarakhand would represent the northern parts of the country, an organizer said.

"This time, the theme for the stage design is based on tribal culture. Tribes living in various corners of the country play an important role in the cultural mystic," Nitin Tapdiya of Lok Sanskriti Manch said.

He added that more than 400 performers will present the culture of Malwa plateau.

Secretary of Lok Sanskriti Manch, Deepak Lanvgade said, “This year, the festival will be dedicated to tribal art along with tribal dance, just as the government has asked us to establish the pride of tribal society.”

Presentations of populist dances performed by tribal groups Gond, Karma, Adivasi, Baredi, Korku and others will be seen every day in the fest.

Among various art workshops, training on making paper mache, clay work and mandna would be given to interested participants.

More than 300 craftsmen from different parts of India would exhibit handicraft items in the shilp bazaar at the Malwa Utsav, in which items ranging from iron, bamboo, textile handicrafts, carpets, ceramic items, cane furniture would be kept for display and sale.

The fair will be open for the public from 4 pm.

Taste of Malwa and all India cuisine

Pawan Sharma, one of the organizers, said that traditional dishes of different states of the country including Gujarati, South Indian, Rajasthani, Maharashtrian, Uttar Pradesh and Punjab along with Malviya cuisine will be available in the fest.