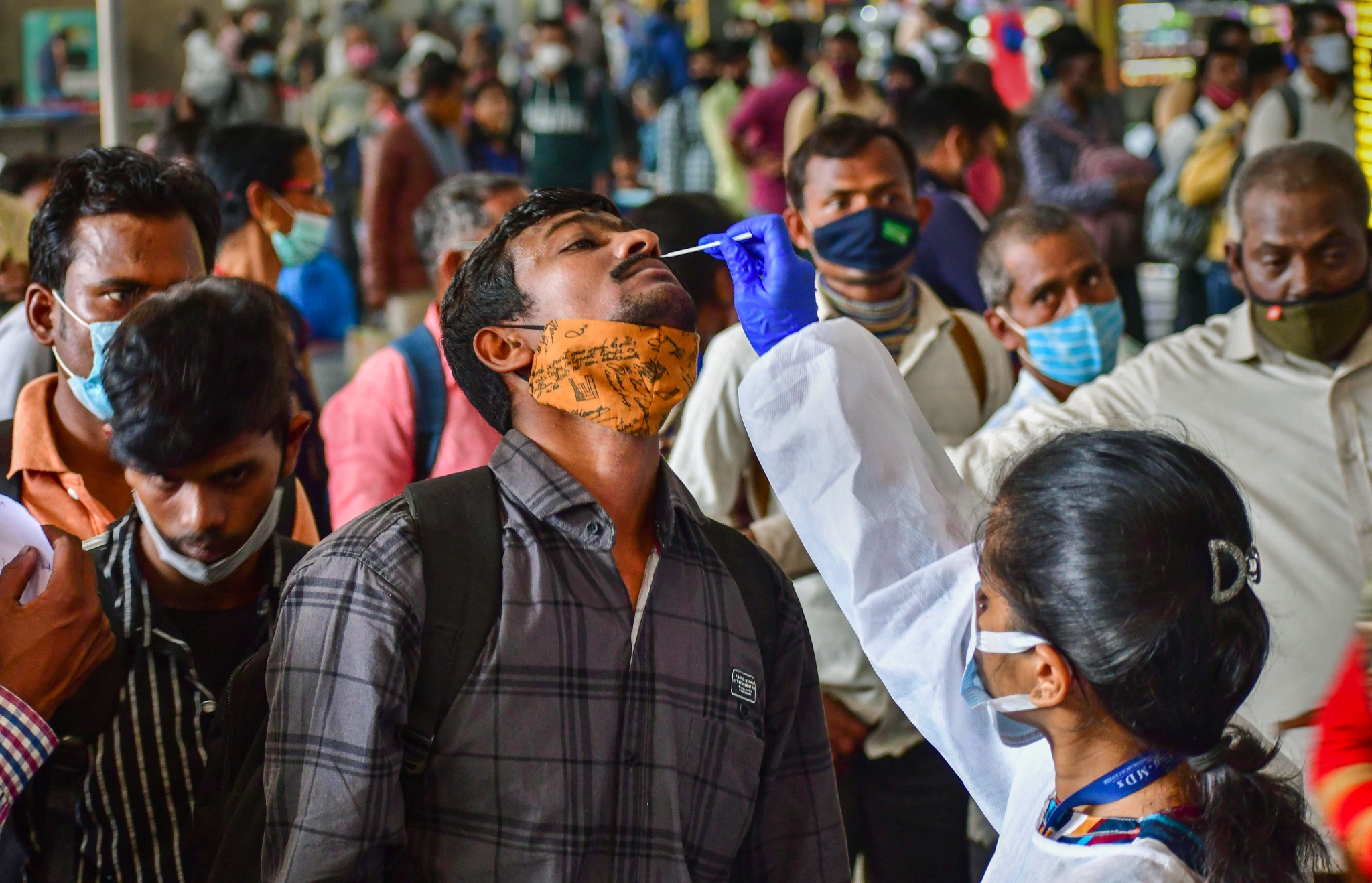 Indore (Madhya Pradesh): There seems no relief in sight for residents from the increasing number of Covid-19 cases as 319 cases were found positive on Tuesday, which was an over 2.34-time surge in a single day. Moreover, the number of cases have crossed 300-mark almost after seven months, as the last time that over 300 cases were reported was on June 1, 2021.

According to the records of health department, these cases were detected in 54 wards of the city, while some of the areas are emerging as Covid hotspots in the city.

Not only in the urban areas but cases were found also in the colonies located at the Bypass, including Omaxe City, Cosmo City, Sampat Farms, Pragati Vihar, Bicholi Mardana and others.

A senior health officer said, “The condition is turning from bad to worse as Covid-19 is spreading rapidly. Most patients are asymptomatic or have mild symptoms, but, if the number of cases increases at the same speed, it would be hard to handle in the coming days.”

Out of the 319 cases, more than 12 children also fell prey to the disease, including a one-year-old child, a resident of Sahara Villa at the Bypass; a two-year-old girl in Model Town Colony; a five-year-old female of Bakshi Bagh Colony and others.

Not only children, but elderly people, too, have fallen prey to the disease, including a 74-year-old male of Rambagh, an 80-year-old female of Shakti Nagar, an 81-year-old male of Gulmohar Colony and others.

Health officials said that a large number of people of the same family are becoming positive and people must take extra care of children and the elderly.

According to health officers, a 51-year-old male had died of the disease on Tuesday. He was admitted to a private hospital and was suffering from co-morbidities.

In view of the increasing number of cases, the administration has started the Maa Ahilya Covid Care Centre for keeping asymptomatic patients in isolation. As many as six patients were admitted to the Covid Care Centre and officials said that the number would increase as the cases were rising swiftly.

Fair running on full steam even after increasing cases

Even after a large number of cases has been found positive in Mahalaxmi Nagar and it is emerging as a hotpot, a fair has been running on the Mahalaxmi Nagar Grounds, where most people are not following Covid norms and risking theirs—as well as others’—lives.

2 of them in the ICU

As many as 60 patients out of 319 patients tested positive on Tuesday were admitted to hospital or to Covid Care Centres. According to officials, ‘Fifty patients have mild symptoms or are asymptomatic, while 8 are on oxygen beds. Similarly, two patients are on ICU beds. These 10 patients are more than 50 years of age and are suffering from co-morbid conditions’