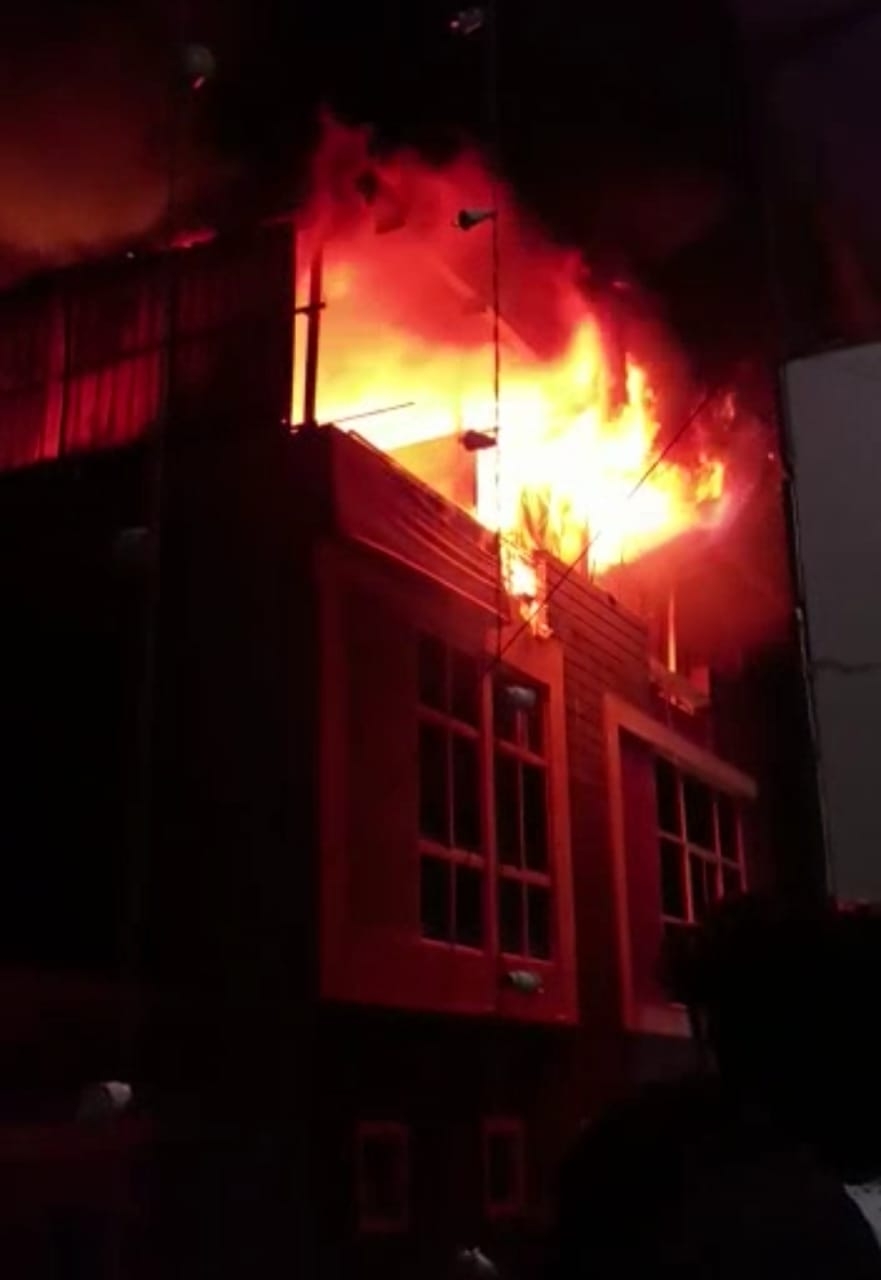 Two firefighters and another person were injured when a gas cylinder exploded while they were trying to extinguish a fire at three shops, including an electronics showroom in Patnipura area on Thursday morning.

According to an officer of the police fire brigade services, the fire started at the electronic showroom and then spread to the two other shops.

Two firefighters; constable Avinash Sharma and Lokendra Singh, got critically injured after a gas cylinder kept in one of the shops exploded. A bystander was also injured in the explosion and he was admitted to a private hospital.

The firemen had a tough time reaching the spot and dousing the flames as the street where the shops are situated is very narrow. It took them 2.82 lakh litres and 5 hours to control the fire.

The traders had stored goods worth lakhs of rupees due to the festive season and suffered heavy losses due to the fire. While owner of the electronics showroom is Jagdish Sahu, the other two shop owners are Ashok and Sanjay Sahu.

A neighbour named Deepak Solanki spotted the flames from his house and raised the alarm. Sanjay Sahu’s 15-year-old who was sleeping on the top floor took the family members downstairs immediately.