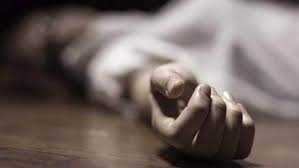 Indore: A person was killed while three of his friends got injured after their SUV overturned in Hatod area late on Wednesday. They were returning from Depalpur when their car overturned after the driver lost control while saving a wild animal on the road. Condition of one of the injured persons is stated to be critical and he is undergoing treatment in a city hospital.

The incident took place near Khajuriya village under Hatod police station jurisdiction. The deceased has been identified as Nilesh Dewaliya, a resident of Patnipura. He along with friends Manoj Bhawsar of Raj Nagar, Amit Bhatia of Panchmurti Nagar, Pawan Nariya and Kunal Rajore of Lasudia area of the city had gone to attend a marriage function in a village near Depalpur.

Investigating officer ASI Sher Singh Bhuria said that they were returning to Indore when their car overturned near Khajuriya village in which Nilesh, Amit, Manoj and Pawan injured. The passerby informed the police and took them out of the car. They were rushed to the hospital but Nilesh could not be saved. Police said that the car flipped twice. The statements of the injured persons are being taken to know what exactly led to the accident.

During the investigation, it was found that Kunal who was driving the car was wearing his seatbelt due to which he didn’t get injured even though the car overturned twice.