Indore: Indian society is in process​ of reforming itself, say experts at 48th national ​convention of ICSI

The platform helped in clarifying matters and advocating​ the dynamics of rules and regulations of governance to bridge the gap between the lawmakers, professionals and corporates.
Staff Reporter 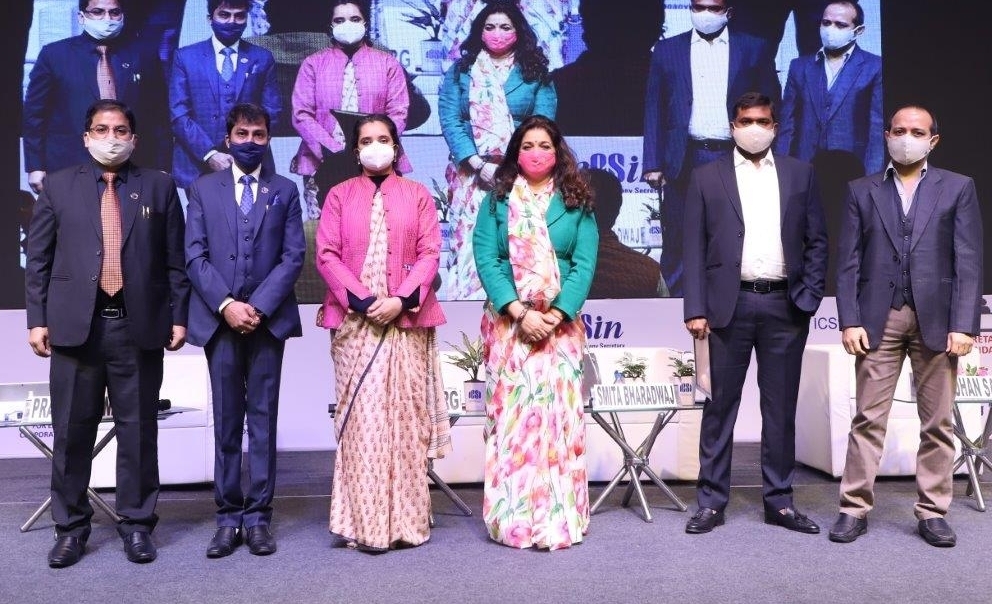 The policy executors, who are rewriting the ​r​ules of ​g​ood ​g​overnance,​ ​have stated that currently, Indian society is in process of reforming​ itself. At this junction​, ​good governance can bring a major​ positive change in society.

On the second day of the three days 48th national ​c​onvention of the​ Institute of Company Secretaries of India (ICSI) witnessed the​ presence of various law​ ​makers as well executors. The prominent among​ were IAS officer Smita Bhardwaj, who is Managing Director of MP​ Finance Corporation, IAS officer Aditi Garg, who is CEO of Indore​ Smart City​ and ​Rohan Saxena who is Executive Director of MP Industrial​ ​Development Corporation (MPIDC). Some other senior government​ officials were also present in the first technical session of the day.

It was a panel discussion on the theme - Rewriting the Rules of Good​ Governance. The platform helped in clarifying matters and advocating​ the dynamics of rules and regulations of governance to bridge the gap
between the lawmakers, professionals and corporates.

Evolving Governance Framework-​ ​A global perspective, where leaders​ from various governance institutes from across the globe were present​ to discuss and delve deeper upon the challenges and prospects for the
profession in the wake of the paradigm shift in the global governance​ framework.

Since any mention of governance from grassroots to global is​ incomplete without Panchayats, the Institute having developed the​ ‘Model Governance Code for Gram Panchayats’, organi​s​ed a thematic​ panel discussion on Panchayats: At the cusp of the new phase of governance​ with dynamic youth icons as panelists, who are working at the​ grassroots.
“Empowerment comes from people’s participation in decision making at​ all levels and hence decentralization of power is very important for​ the present panchayat structure” said Gopal Krishna Agarwal,​ National Spokesperson of Bhartiya Janata Party for Economic Affairs​ ​&​ Former Council Member, ICSI, while moderating the session.

Ashish Garg, President, ICSI emphasi​s​ing on the theme of the​ convention said, Sustainable Development has been the catalyst for​ coalescing of governance from grassroots to global level. Attuned to​ ​the imperative for developing probity in governance for a futuristic​ model that would have global relevance, ICSI has created a platform​ for dialogues between Regulators, Industry/Opinion Leaders,​ ​Professionals and Academicians, with this National Convention”.

The day ended with a special session on Exploring Indian Ancient​ Scripture: Governance Lessons of the Future. The panel was an​ interesting blend of corporate and spiritual leaders to deliberate on
how the learnings of the ancient times is vital for corporates and​ professionals in balancing the interest and maximizing value for all​ their stakeholders.

The three​-​day national convention will end on Saturday. In the​ valedictory session Lok Sabha Speaker Om Birla will be the ​c​hief ​g​uest​ and the Union Minister of State for Finance Anurag Thakur will be the ​g​uest of ​h​ono​u​r.