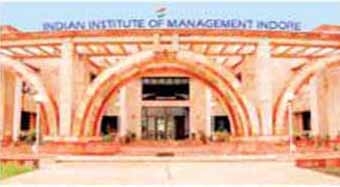 Indore: The much- awaited campus placement report of 2012- 14 batch of Indian Institute of Management is still out even as the students of the batch is moving out of the campus on Saturday. The reason behind nonrelease of the report has not been disclosed by the institute as yet.

IIM Indore placement officer Bhavya Kapoor is not ready to speak on the issue.Last year also, the IIM Indore had failed to release the placement report ahead of the convocation ceremony. The report was released a fortnight after the ceremony.

The delay last year was attributed to non- placements of some students till the convocation ceremony.Is the reason same this year also? A professor wishing anonymity admitted that there are some students who have not been placed as yet and said that the institute would support them till they get jobs of their choices. He, however, chose to remain non- committal on the issue of nonrelease of placement report.

He sidestepped the query saying placement office could only comment on it. Generally, all the IIMs release placement reports ahead of the convocation ceremony so that during the ceremony, it could be announced that students were not only moving out with the diplomas but also with job offers.

The 15th annual convocation ceremony of IIM Indore will be held on March 29. The chief guest of this year’s ceremony will be Ramchandra Guha, an author and a historian.During the convocation ceremony, diplomas would be conferred on PGP students of IIM Indore’s campus and students of its study centres at Mumbai and UAE. Besides, diplomas would also be conferred on EPGP and EPGP- EG and PGPM students while titles would be awarded to FPM students. The diplomas and titles would be bestowed on the students by IIM Indore chairman KV Kamath. Chief guest of the function would award scholastic medals to meritorious students. The award ceremony would be followed by convocation address by Guha. At the end, IIM Indore director Rishikesha T Krishnan would deliver address on the IIM Indore.

A day ahead of the convocation ceremony, a preconvocation ceremony would also be held. Dr Ardhendu Pathak, Vice- President and Head of Technologies & Concepts, Airbus and PR Ganapathy, COO, Villgro Innovations, will be the Guests of Honour of the function and will address the IIM Indore community on the occasion.This would be followed by a cultural programme presented by Ability Unlimited Foundation, New Delhi.