“Accordingly, this first anticipatory bail application filed under Section 438 of CrPC has no force and is hereby dismissed,” the judge went on to add

Indore (Madhya Pradesh): Indore bench of Madhya Pradesh High Court on Wednesday rejected the anticipatory bail petition of Prof Mirza Moziz Beg, an accused in the Government New Law College scandal, noting that he being a professor is in a position to incite the mind of the (college) students.

“Although co-accused (principal of the college) Inamur Rahman has been enlarged on anticipatory bail in the instant case but case of the present applicant is different from the case of Inamur Rahman;…..Rahman is holding administrative post of principal in the law college but present applicant is the professor, who regularly teaches and delivers lectures to the students of the law college and being professor he is in a position to incite the mind of the students….,” Justice Anil Verma observed.

The judge added, “Most of the important difference is that Supreme Court granted stay on the arrest of the co-accused Inamur Rahman in connection of the instant offence but no such protection has been provided to the present applicant; in view of the material evidence available on record against the applicant, this court is not inclined to grant anticipatory bail to the applicant at this stage.”

“Accordingly, this first anticipatory bail application filed under Section 438 of CrPC has no force and is hereby dismissed,” the judge went on to add.

A book titled “Collective Violence and Criminal Justice System” written by Dr Farhat Khan was found in the college library.

On the complaint of a student of the college, Bhanwarkuwan police booked Khan, Beg, Rahman and Amar Law Publication on accusation that the contents of the book are based upon false and baseless facts, intended to harm the public peace; integrity of the nation, and religious cordiality.

Beg informed the court that he only teaches the subject “Constitution” to the law students. He added that the book in question was neither purchased, nor preferred by him for the purpose of teaching the students.

While dismissing Beg’s petition, the court took notice of the statements of the complainant Brajendra Singh,Dipendra, Ravi Pratap, Devesh, Kushal and other witnesses under Section 164 of CrPC who had claimed that the professor was involved in the act of inciting students.

The HC granted anticipatory bail to Rahman on Wednesday. “….Considering all the facts and circumstances of the case and in view of the interim stay order passed by Supreme Court in favour of the applicant in respect of his arrest, without commenting upon the merits of the case, present application for grant of anticipatory bail is hereby allowed,” the court said. 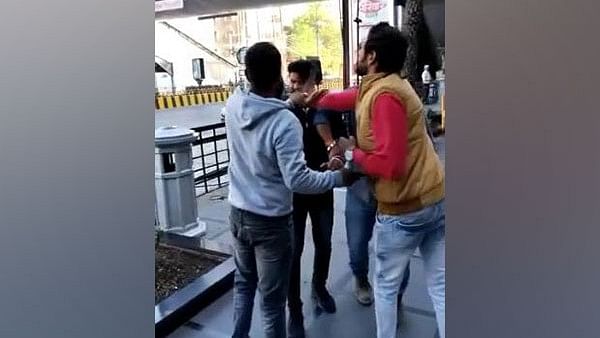