Ujjain: Even as people are reeling under the financial stress caused by the corona outbreak which has hit the business and the salary hikes, the Paschim Kshetra Vidyut Vitran Company is adding salt to the injury of the commoners by issuing inflated electricity bills.

Congress workers levelled these allegations while staging a protest outside the office of the discom for over an hour. They locked the gate of the office and sparred with the staff of the discom.

After loud sloganeering and making speeches, the Congress workers returned after serving an ultimatum of four days with the threat that on the day five a they will court arrest.

Instead of fixing the systemic flaws and pilferage the discom is shifting the the burden of its revenue shortfall on to the customers. The discom is issuing inflated bills to the consumers.

A vegetable vendor Sapna Jaiswal who lives in Ghasmandi was served a bill of Rs 70,000 during the first wave of corona. She is the bread winner for her family. After overcoming the initial shock and mental paralysis she met the discom officials, to no avail.

They told her bluntly that the demand would be settled only if she pays Rs 25,000. Left with no option she paid the amount.

But worse was yet to come as after the lockdown which was imposed during the second wave of corona, she has been served a bill of Rs 1,53,000.

Since then she has been running from pillar to post and has approached many officers. Even after making a complaint to the CM Helpline she is yet to receive even a semblance of assurance or relief.

For the past eight days her family is living in the dark as the electricity board has cut her connection.

City Congress president Mahesh Soni said that the Congress is are voicing the concerns of such households who have been served inflated bills.

SDM Kothi Mahal Kalyani Pandey said that the administration has taken a note of the inflated electricity bills. “We will take up the issue with the officials of the discom,” she said. The collector will also be informed about the matter, she added. 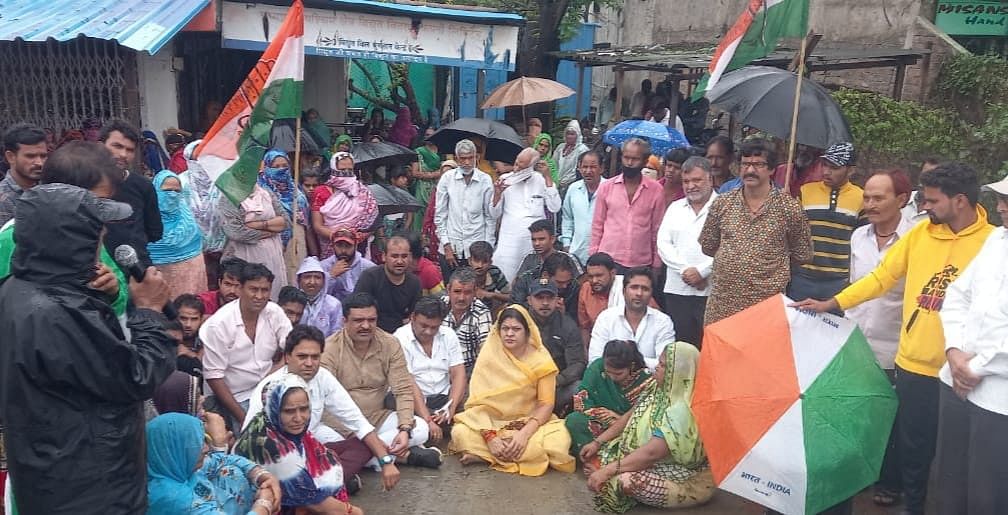