HomeIndoreChances of heavy rainfall in Indore region are bleak, city to witness similar conditions for next two days

Chances of heavy rainfall in Indore region are bleak, city to witness similar conditions for next two days

Indore: While the city recorded only 9.2 mm of rainfall on Wednesday night, the meteorological department said the city would witness similar weather conditions for the next two days. Much to the disappointment of citizens, who have been expecting a good spell of rain for the past couple of days, meteorological department officials forecast that similar conditions would prevail as chances of heavy rainfall in the Indore region were bleak. “Light-to-moderate rainfall will continue to lash Indore and its surrounding areas for the next couple of days,” Met officials added.

Meanwhile, the city recorded over half inch rainfall in two days, including 1.2 mm rainfall on Thursday noon with the season’s total touching 284.7 mm (11.2 inches), so far. Spells of light shower have continued in the city for a week and citizens have not witnessed sunshine as clouds have been covering the sky. Rain continued throughout Wednesday night and citizens woke up to a misty morning, while there was moderate rain in the evening.

“A low-pressure area lies over north-west Madhya Pradesh and its neighbourhood. The associated cyclonic circulation extends up to 5.8 kilometres above the mean sea level. The monsoon trough runs along its normal position as it passes through Ganganagar and Narnaul—the centre of a low-pressure area over north-west Madhya Pradesh and its neighbourhood. Varanasi, Gaya, Bankura and, then on south-eastwards to the north-east Bay of Bengal,” meteorological department officials mentioned in the daily bulletin along with forecasting that, under the influence of the above systems, fairly widespread/widespread rainfall was very likely over east Rajasthan and west Madhya Pradesh during the next four days. 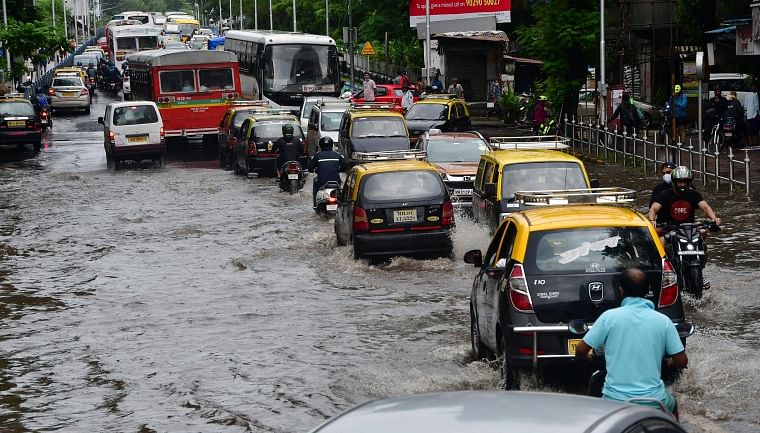