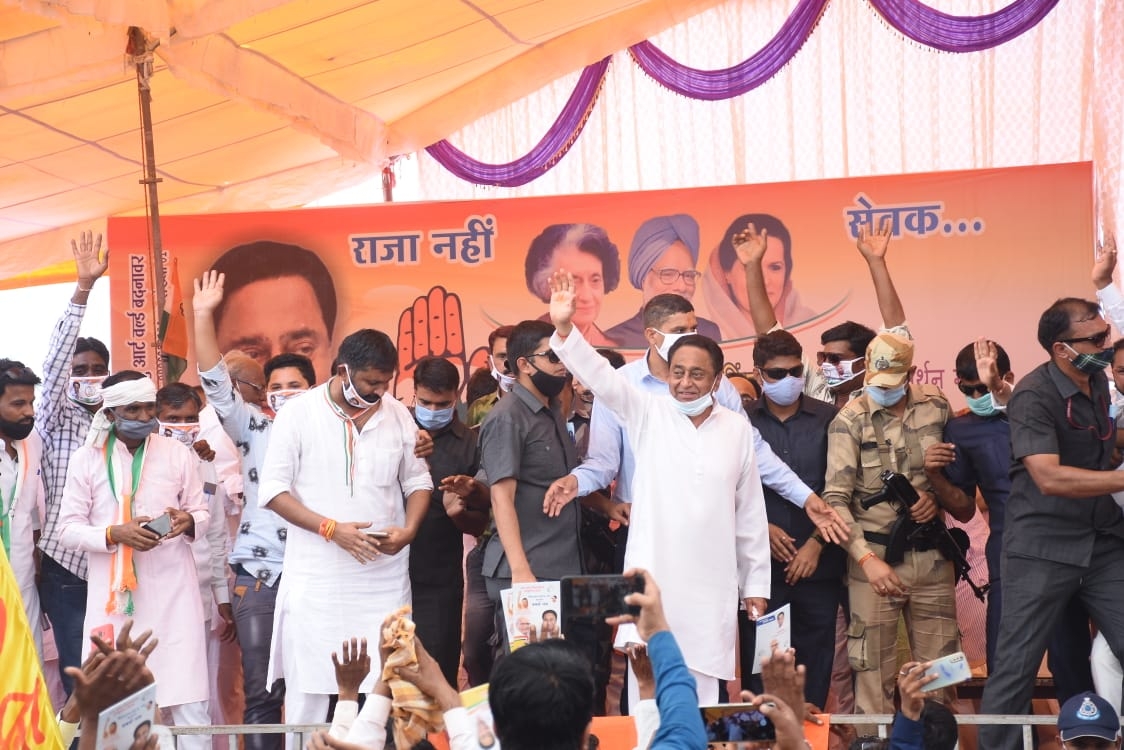 Taking a dig at BJP for killing democracy in the state, Nath said our country has various castes, religions, rituals, festivals, gods, and goddesses. For this, Baba Saheb Ambedkar was asked to make a constitution that is related to the culture of India and the culture of Congress as well.

Baba Saheb put a provision in the constitution that by-elections will be held if an MP or MLA dies, but he never dreamed that in the future leaders would be sold resulting in the by-elections, Nath said.

He said there will be clean politics in the country if a government is formed then only by vote not by “note”.

They bid, they deal and formed government in the state and now they want that in the forthcoming panchayat elections, they again bid for sarpanch, he said.

He said that this election is the battle between truth and lie. Elders already spend their life, but youths have a long life in front of them and they have to protect democracy. Industrialists do not have faith in the state, so no one wants to invest here.

I’m concerned about their future as they will shut down numerous industries. Today's youth have knowledge and thinking. The young man does not want any contract, but they want employment. After 15 years, the voters of the state formed the government of their own choice and when I took office there were many challenges the economy of the state is dependent on agriculture. But the economic activity has gone awry.

We waived-off farmers' farm loan, but Shivraj Singh Chouhan is spreading lie and he should ashamed of that. He is a good actor and tries his luck in Mumbai and one day he could beat Bollywood stars like Shahrukh Khan and Salman Khan. Their god is the mafia.

“They have made 15 thousand announcements so far and carrying coconuts in a truck and breaking them whenever, wherever they get chance,” Nath said.

“But if the Congress government is formed, then it will waive the loan of farmers up to Rs two lakh to strengthen the farmers financially,” Nath announced.