Ujjain: Use of steroids to treat Covid-19 is causing exposing patients to the risk of black fungus infection after their recovery.

The infection can cause blindness and even death.

On Friday, a 70-year-old woman was admitted for treatment in the black fungus ward set up at RD Gardi Medical College Hospital (RGMCH). Six patients were found two days ago.

Black fungus is thus emerging as the new menace during the second wave of corona.

As per sources 2 men who are above 60 have lost eyesight due to the disease. Both were corona winners. Tissues damaged due to the black fungus were removed form a patient through surgery.

The blood glucose level of the other patient is more than 500 so doctors did not perform his surgery. Efforts are on to bring his sugar to the standard level.

The patient who contracted black fungus on Friday, Chhaganbai Upadhyay, is a resident of Kankaria Chirakhan village. She underwent Covid-19 treatment at Guru Nanak Hospital. She was discharged on May 3 after recovery.

But two days ago, she experienced burning sensation and swelling in her eyes. Her grandson Prateek said that he rushed her to the RDGMC for treatment of black fungus. An MRI report has confirmed the infection, he added.

According to the nodal officer Dr Sudhakar Vaidya, 2 patients of black fungus were admitted on Friday, while 10 patients are already under treatment. Surgery has been performed on 5 patients.

Doctors are afraid that even after surgery fungus may re-infect the victim due to non-availability of anti-fungal injections. Team of more than 10 doctors is monitoring patients suffering from black fungus at RDGMCH, he claimed.

According to Dr Vaidya, 2 Covid-19 patients who are also suffering from black fungus were admitted to ICU on Friday.

After working on their oxygen levels and controlling their blood glucose level they will be operated for black fungus.

He warned that if medicines are not available on time, then the effects of fungus can be aggravated.

He also said that some patients have supplied medicines from outside but due to non-availability of injections in the city, the patients risk losing eyesight.

If the arrival rate of way patients remains same then the 15-bed ward in the at RDGMC hospital will have to be expanded to 30-bed, he added. 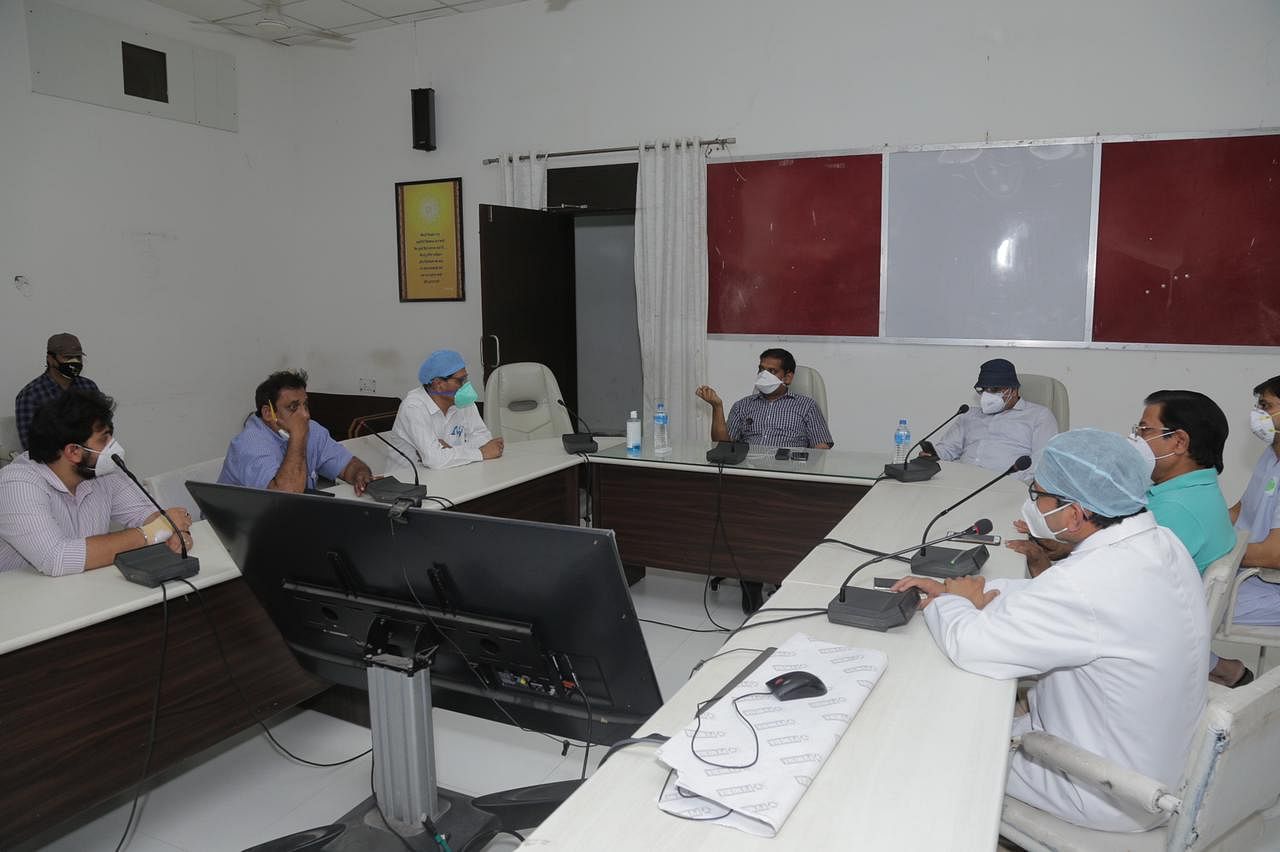