'BJP has given impetus to development of Mandsaur'

Mandsaur (Madhya Pradesh): The ward election office of BJP was inaugurated at Sanjit Naka, Mandsaur. The office would work towards ensuring the victory of BJP candidate Ramadevi Banshilal as a corporator from ward number 3 in the upcoming election. The office was inaugurated with ribbon-cutting by Mandsaur MLA Yashpal Singh Sisodia and BJP Kisan Morcha national vice president Banshilal Gurjar.

Addressing the programme, Sisodia said that BJP is not just a political party it's a family too. He said the city council of Mandsaur should be governed by the BJP. He added that all the colonies of ward number 3 were fully developed by the party. He said the party has given a new impetus to the development of Mandsaur city.

In the end, he urged citizens of ward 3 to give their respective votes in the favour of Ramadevi Gurjar for more development of their ward. On this occasion, Kuldeep Singh Sisodia, Bhanupratap Singh Sisodia, Rajesh Gurjar, Yogesh Jain, former councillor Vinod Dagwar, Bhupendra Sankhla, Ashok Karnawat, and other supporters of the party were also present. 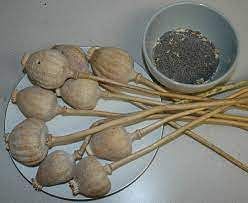 HomeIndore'BJP has given impetus to development of Mandsaur'