On November 2, one minor student was allegedly punished by his teachers namely Justin and Jasmeena Khatun for chanting ‘Bharat Mata ki Jai’ slogan after the school assembly.

Guna (Madhya Pradesh): The problem for Guna-based Christ Senior Secondary School which was stormed into the news for the wrong reason could increase manifold in the coming days as Guna municipality slapped a recovery notice of property tax worth Rs 89 lakh.

Guna municipality president Savita Arvind Gupta formed an investigation committee to find out, why and how the school managed to evade such a huge amount and why the previous municipality body failed to detect this so far.

The investigation team is comprised of seven members of the municipality and they will submit their report within the next seven days based on their findings, relevant action will be taken against the school authorities as per the law.

On Friday, the municipality informed that the school has not deposited property tax since 1997. This amount including the penalty is going to be more than Rs 89 lakh.

Earlier, on November 2, one minor student was allegedly punished by his teachers namely Justin and Jasmeena Khatun for chanting ‘Bharat Mata ki Jai’ slogan after the school assembly. The incident occurred on Wednesday in the school.

The incident, however, only came to light on Thursday after the family members and a few social organisations staged a protest in front of the school campus.

Many of the parents and members of social outfits gathered outside the school on Friday and recited the Hanuman Chalisa to protest against the punishment meted out by the school teachers.

Meanwhile, the principal of the school Father Thomas defended his school teacher’s actions by pinning the blame on the student.

He claimed that the boy did not raise the slogan for patriotism, but more for entertainment. A disciplinary committee meeting will be arranged, and the issue will be resolved, he added.

Guna ADM Virendra Singh Baghel also responded to the incident. He said, “A few parents and some organisations are protesting outside the school after a student was reportedly punished over chanting ‘Bharat Mata ki Jai’. DEO has taken statements. FIR will be registered on the basis of complaints that are being given.”

Meanwhile, taking cognizance of the matter, municipality president Gupta conducted an investigation of school properties and found that a property tax of Rs 89 lakh is pending on the school. Gupta said that the school administration took permission to run the school in the residential building, but it comes under the commercial area.

‘A committee has been formed to investigate the construction of Christ School, revenue collection and other matters. This includes the chairman and members of the Revenue, Finance and Accounts Committee, besides the employees of the Revenue Department. A report has been sought from the committee in 7 days’, Gupta said.

On the other hand, the National Commission for Protection of Child Rights has also written a letter to the collector taking suo motu cognizance on the basis of media reports. This, the commission investigated the matter within 5 days and called for a report. 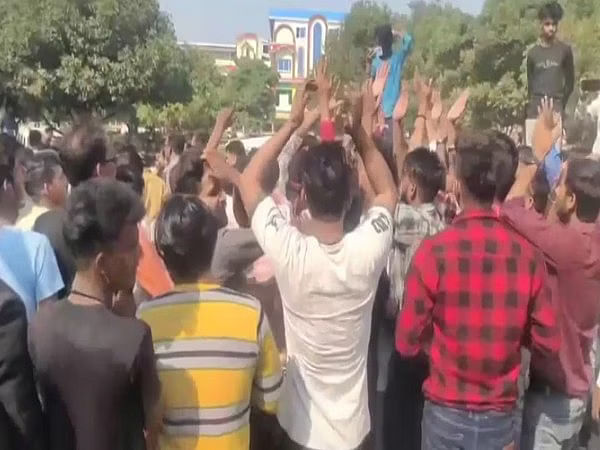