BJP is celebrating Saint Ravidas Jayanti at every booth.

A video of Solanki polishing slippers of a cobbler has gone viral on social media.

Madhya Pradesh State BJP has announced that Ravidas Jayanti will be celebrated by its workers and leaders at booth level. Several programmes in various parts of the state were held.

Solanki, instead of holding an event, reached Moti Mata Chowk in Barwani and felicitated to a cobbler Devjiram. He also polished his slippers.

Solanki has known Devjiram since his student life. He said that Devjiram was closed to him for years as the latter used to repair and polish his footwear since his school days.

“He (Devjiram) may have forgotten me, I remember him. I respect him and his honesty. Today, I thanked him for his services,” Solanki said.

Talking to Free Press Devjiram said he was surprised to see Solanki at his shop. “I was not expecting such a beautiful gesture on this auspicious occasion,” he said. 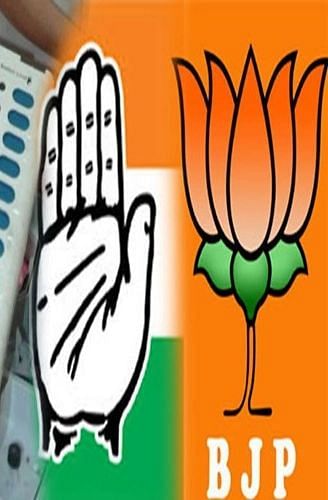