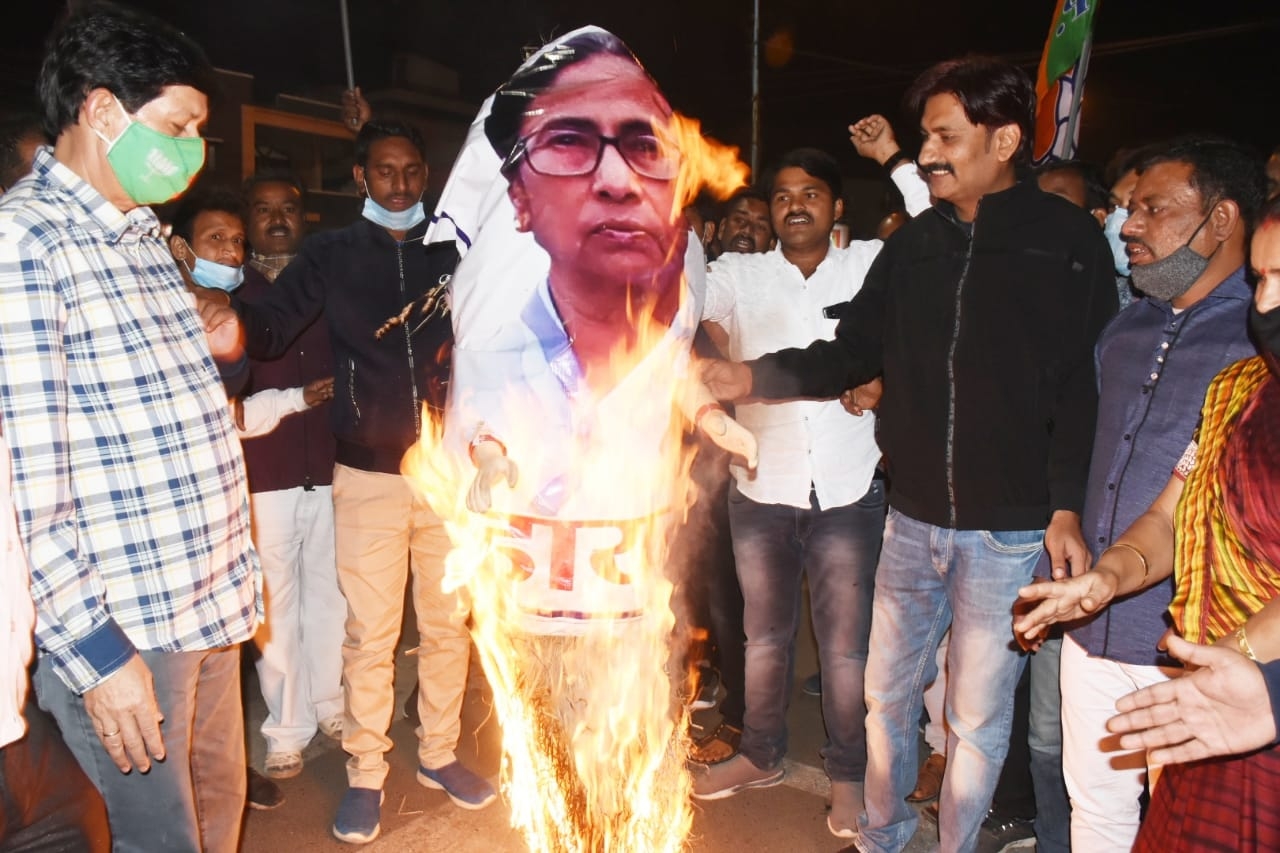 BJP workers in Indore burnt effigy of Mamta Benerjee at Rajwada in protest against the attack on the convoy of BJP National President and National General Secretary in West Bengal. |

BJP workers in Madhya Pradesh on Thursday set on fire effigies of West Bengal Chief Minister Mamata Banerjee in Bhopal and Indore to protest against the attack on BJP president J P Nadda's motorcade in her state.

The vehicles in Nadda's motorcade came under attack by alleged TMC supporters when he was on way to Diamond Harbour in West Bengal to address a meeting of party workers, resulting in injuries to several BJP leaders including party general secretary Kailash Vijayvargiya. Nadda, who was in a bullet-proof vehicle, was unharmed, eyewitnesses said.

Condemning the attack, Madhya Pradesh BJP president Vishnu Dutt Sharma alleged that the "unfortunate and cowardly act" was carried out at the behest of the West Bengal government.

"Mamata has become completely restless due to BJP's growing influence in West Bengal and the cowardly attack on Nadda, Vijaywargiya and others was carried out at the behest of her government," Sharma told reporters.

In Indore, the hometown of Vijaywargiya, BJP workers led by Indore unit president Gaurav Randive set afire effigies of the West Bengal CM at 100 main squares in the city as a mark of protest against the attack on the party leaders in the poll-bound state.

"After the attack on BJP leaders, the countdown for the Mamata Banerjee government has begun," Randive told reporters.