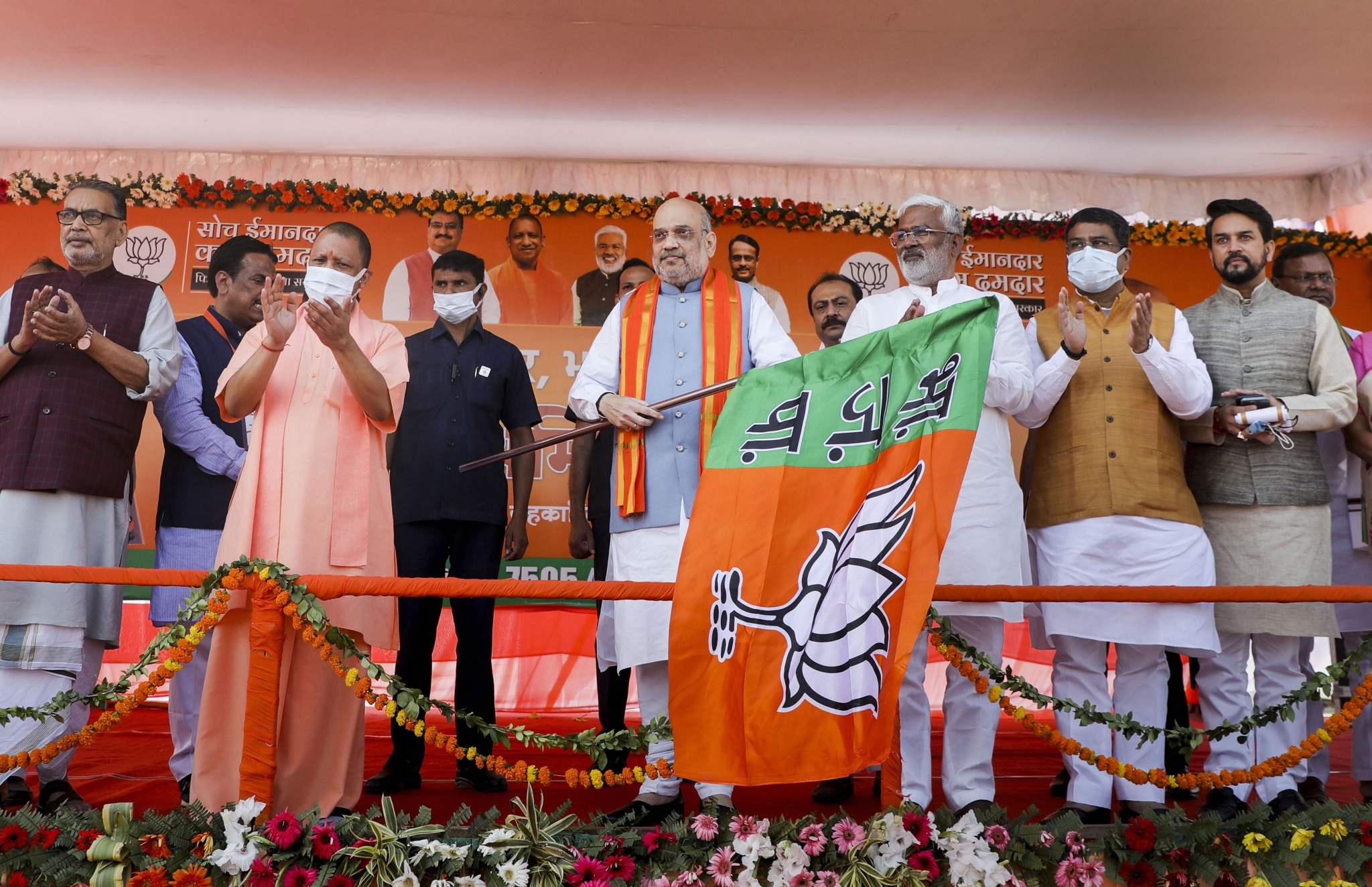 Lucknow: Setting aside all speculations as to who would be CM's face in the upcoming Uttar Pradesh Assembly polls, union home minister Amit Shah on Friday called upon Bhartiya Janta Party (BJP) workers to work hard for Yogi Adityanath again. Shah was addressing BJP leaders and workers in Lucknow on Friday.

The home minister said that the word mafia has been eliminated from UP during Yogi regime. On this occasion Shah launched the membership drive of BJP in UP. He said that those becoming BJP members must pledge to bring back party in power in 2022.

Patting back of Yogi government, he said that earlier there used to be at least two-three musclemen in every district but now there are none.

Shah said people in UP were forced to flee earlier but now anti-social elements are leaving the state. He said that the BJP government has made UP completely safe and women can roam freely now. The home minister said BJP has proved that governments are for poor and it has provided free gas cylinders and houses to people.

Shah asked Samajwadi Party chief Akhilesh Yadav as to where he was during covid and floods. He said most of the time Akhilesh Yadav was in foreign during the hour of crisis.

Later, Shah attended a meeting with senior party leaders at UP BJP headquarters regarding assembly elections. 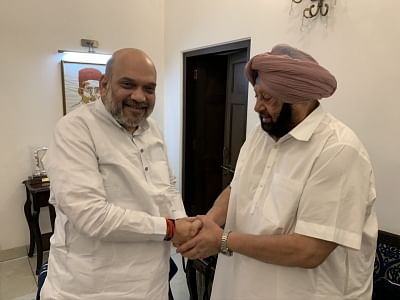