"There is a need to set Karnataka Veerashaiva- Lingayat Development Corporation for the all-round development of this community," the CM's order said.
PTI 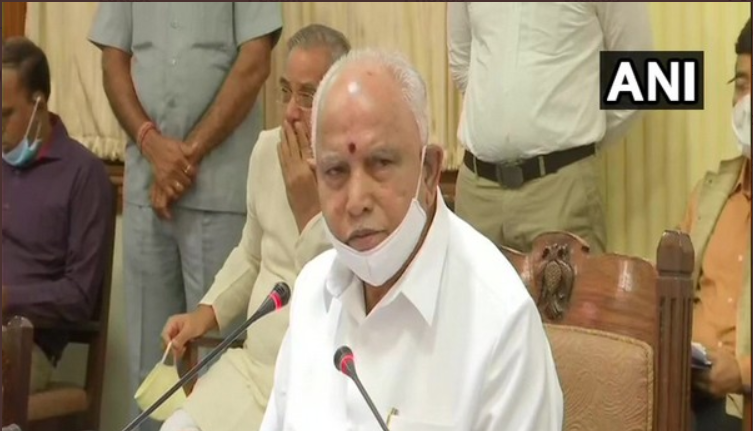 Bengaluru: Karnataka Chief Minister B S Yediyurappa on Tuesday ordered the formation of a corporation for all-round development of the politically-influential Veerashaiva Lingayat community in the state.

Yediyurappa, who himself belongs to the community, issued an order for constituting the Karnataka Veerashaiva-Lingayat Development Corporation (KVLDC) with immediate effect.

It came a day after a group of ministers and BJP MLAs led by Deputy Chief Minister Laxman Savadi from the community called on Yediyurappa demanding setting up of the corporation.

"The state has a huge population of Veerashaiva-Lingayats, of which there are people who are economically, socially and educationally backward.

"Since there is a need to set Karnataka Veerashaiva- Lingayat Development Corporation for the all-round development of this community, it is ordered to immediately set up this corporation," the Chief Minister said in his order.

The demand by the ministers for a corporation for the Lingayat community came against the backdrop of Yediyurappa's recent announcement establishing the Karnataka Maratha Development Authority earmarking Rs 50 crore.

The decisions to set up the KVLDC and Maratha Development Authority are seen by sections in political circles as an attempt to woo the Marathas and the Veerashaiva-Lingayats, who are in sizeable numbers in Basava Kalyan assembly segment in Bidar district and Belagavi Lok Sabha constituency, bordering Maharashtra, where byelections are due.

The Congress, however, has earlier dismissed the demand for KVLDC, saying it will not serve any purpose.

Instead, there should be reservation for the Veerashaiva Lingayats in education and government jobs, it said.