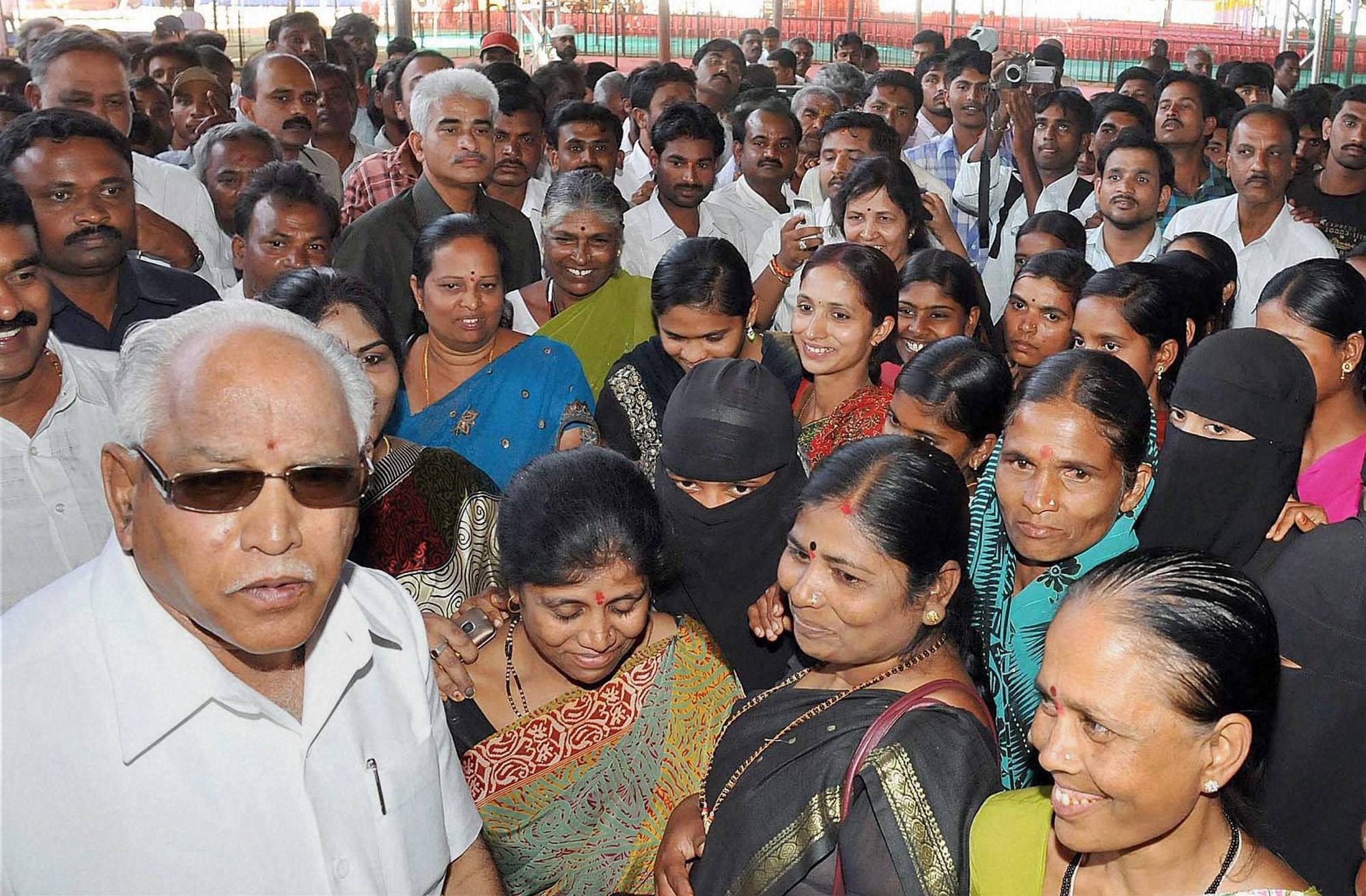 Bangalore : The BJP is gearing up for the possible fall of its government in Karnataka with its former leader B S Yeddyurappa launching his own party on Sunday.

The 69-year-old ex-chief minister quit the Bharatiya Janata Party (BJP) Nov 30 to form and lead the Karnataka Janata Party (KJP).  Yeddyurappa was upset at not being made BJP chief of the Karnataka unit after he was forced to give up the chief minister’s post in July last year over mining bribery charges. He will take over as KJP president Dec 9 at a rally in Haveri, around 350 km from here.

“We are ready to sacrifice our government to maintain discipline and ministers and legislators attending the rally have no place in the party,” state BJP chief K.S. Eshwarappa said.

Yeddyurappa claims the support of around 12 ministers in the 34-member Jagadish Shettar cabinet and about 40 other legislators – assembly and council members. The BJP has 119 members in the 225-member assembly and 44 in the 75-member council.

Around nine legislators, five assembly and four legislative council members and three Lok Sabha members of the BJP have so far openly associated themselves with the former party leader. One Lok Sabha member, B.Y. Raghavendra, is Yeddyurappa’s son.

The BJP has not acted against them. The party has only taken the stand that it will expel the ministers and legislators if they share the dais with Yeddyurappa Sunday. Regarding parliament members, the party’s state unit will ask the central leadership to decide on the action.

Yeddyurappa and his supporters are playing a sort of hide-and-seek game with the BJP. They plan to host a breakfast meeting in Haveri in which ministers, legislators and parliament members loyal to the former chief minister can take part. The BJP is planning to prevent this play with Eshwarappa hinting action against those attending the breakfast or tea parties in Haveri.

The former chief minister and his new party are not expected to gain significantly in the assembly polls due in May but can spoil chances of the BJP retaining power in Karnataka after it won for the first time in the state in May 2008.

The BJP is banking on the fact that party leaders such as Uma Bharati in Madhya Pradesh and Kalyan Singh in Uttar Pradesh were dumped by people once they left the party.

This and the failure of regional outfits floated by prominent Karnataka leaders such as former chief ministers Ramakrishna Hegde, D. Devraj Urs and S. Bangarappa are giving some hope to BJP that Yeddyurappa too will not succeed.

However, the BJP has a difficult task since it has to put in place a plan to minimise the damage that the former party leader can inflict on. —IANS