He further attributed the development projects being undertaken in the state to Prime Minister Narendra Modi's leadership.

"Under Prime Minister's leadership, development projects worth crores of rupees have been inaugurated in the state in last five years. Work is underway on the railway project between Rishikesh-Karanprayag. Work is in progress on Char Dham all-weather road under government's Bharat Mala project," said the Chief Minister here today.

The Prime Minister arrived in Uttarakhand today. He offered prayers at Kedarnath Temple and inaugurated various re-development projects. This is Prime Ministers' second visit to the temple during his term; the last time he visited the Kedarnath temple was in 2019.

Dhami in his address also said that the Prime Minister is well versed with the smallest of issues of the state.

"Under the leadership of the Prime Minister with the help of the Centre, various works have been undertaken which were seemed impossible. In the last five years, more than one lakh crore several projects have been approved," said Dhami.

Located on the bank of the Mandakini river, Kedarnath Temple is the of the four ancient pilgrimage sites referred to as 'Char Dham' which also include Yamunotri, Gangotri and Badrinath. Built in the 8th century A.D. by Jagad Guru Adi Shankaracharya, Kedarnath Temple is dedicated to Lord Shiva.

The Prime Minister is scheduled to address a public rally during his visit to the shrine. His visit comes ahead of the 2022 Assembly polls in the state. 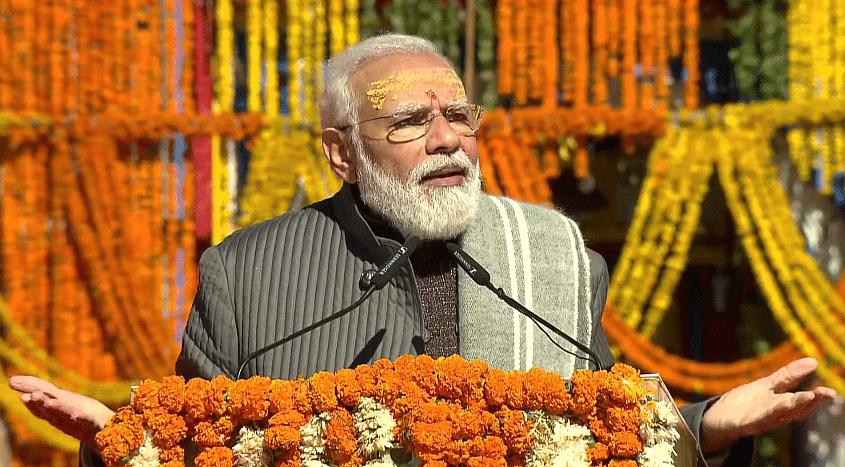