Gehlot became the first person to announce his candidature for the AICC presidential poll on Friday and said former president Rahul Gandhi has told him that no one from the Gandhi family should become the next party chief.

Rajasthan Chief Minister Ashok Gehlot on Sunday said he has held constitutional posts for 40 years and the new generation should get a chance now, virtually admitting an imminent change of guard in the state.

Gehlot, who has announced contesting for the post of Congress president, made the remarks during to a visit to Jaisalmer to offer prayer at the Tanot Mata Temple, in an indication that the Congress may choose Sachin Pilot as his successor in the state.

Later in the day, a meeting of the Congress Legislature Party is scheduled to be held at his residence in Jaipur.

"I have said it earlier as well. No post is important to me. I am doing politics for last 50 years. I have remained on some constitutional post or other for 40 years. What more I can get and want. So, it is in my mind that the new generation should get a chance and we all will together give a leadership in the country," Gehlot told reporters in Jaisalmer.

Gehlot said the media reported that he did not want to leave the post of chief minister even though not the case.

"I have said this to (the party) high command in August itself that the next election should be fought under a leadership so that the possibility of winning increases. Whether it is me or someone other than me, select him and form the government," he said.

He said that he had informed the Congress high command that winning the next election is very important as Rajasthan is the only big state ruled by the Congress now.

The assembly election in Rajasthan is scheduled for next year.

Replying to a question about focus of the next budget, Gehlot said, "I will tell whosoever becomes the next CM that present the budget having focus on the youth and students." Congress leader Sachin Pilot on Friday met Rajasthan Assembly Speaker C P Joshi amid speculations of a change of guard in the state.

According to party sources, Pilot is the main contender for the chief minister's post but Joshi's name is also doing the rounds.

Joshi is a former state Congress president and was a contender for the post in 2008 but lost the Assembly elections by one vote at that time.

Gehlot became the first person to announce his candidature for the AICC presidential poll on Friday and said former president Rahul Gandhi has told him that no one from the Gandhi family should become the next party chief.

The chief minister also said that the call on his successor will be taken by Sonia Gandhi and the party's in-charge of the state.

Gehlot's remarks came a day after Rahul Gandhi batted for the "one man, one post" concept in the party, in line with the 'Chintan Shivir' reforms.

Read Also
Congress Presidential polls: 'Will not be taking any sides in elections,' says Sonia Gandhi after... 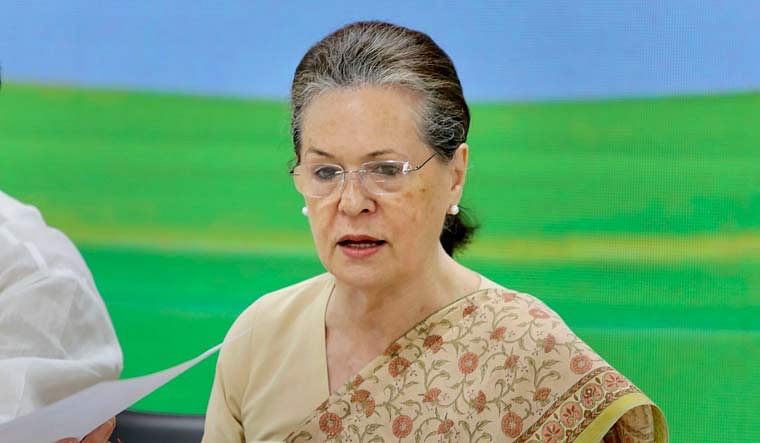