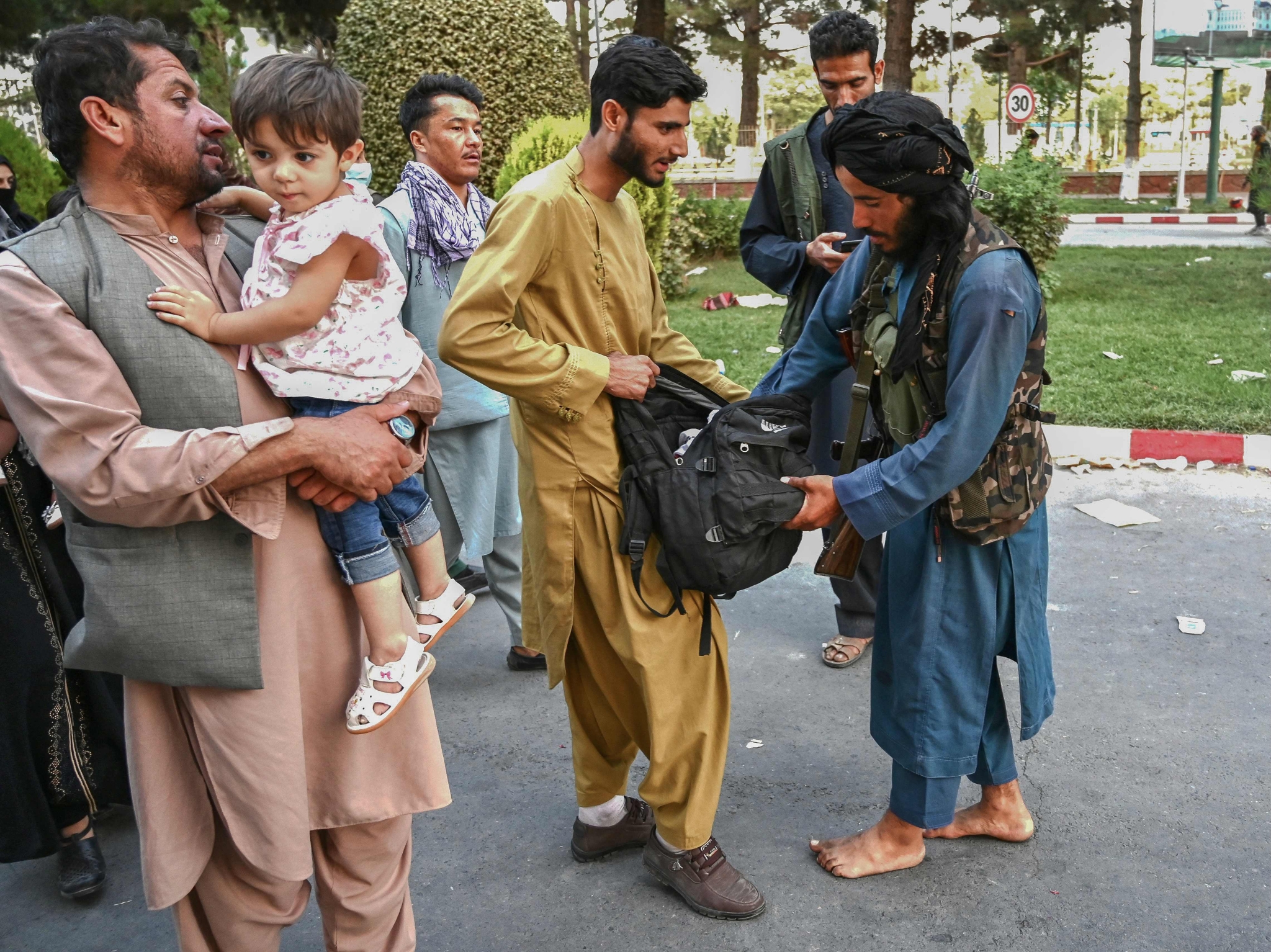 A Taliban fighter (R) searches the bags of people coming out of the Kabul airport in Kabul on August 16, 2021 | Photo: AFP

As the Taliban took over Afghanistan, thousands have converged at Kabul's airport in a desperate bid to leave the country. Over the last few days, there have been several horror stories reported - from people falling off in mid-air after clinging to the wheels of a plane to stampede-like situations during boarding. In one now viral incident a US flight eventually left with more than 600 people crammed tightly inside.

India has run several flights over the last few days, with the Ministry of External Affairs having announced earlier this week that all diplomats and staff residing in the Kabul embassy will be shifted back to the country immediately. The final flight, a C-17 Globemaster aircraft of the IAF that took off from the Hamid Karzai International Airport in Kabul on Tuesday morning brought back 120 people, including the Indian ambassador and embassy staff as well as three ITBP sniffer dogs.

But while the flight itself may have gone off smoothly, the process itself was rather harrowing. According to reports, the Embassy had been under observation from the Taliban and many of the evacuating officials had been stopped by the Taliban or had their belongings taken away.

As an AFP article narrates, a group of Taliban fighters waited outside the Indian Embassy, armed with machine guns and rocket-propelled grenade launchers. They were not there to counter efforts to leave the country. Rather, the group was waiting to escort around 150 diplomats and civilians to Kabul airport from where a military aircraft would whisk them away.

As they drove out of the Embassy, some of the fighters reportedly fighters waved and smiled at the passengers while others guided them towards the airport. "When we were evacuating the second group...we faced the Taliban, who refused to allow us to exit the green zone. We then decided to contact the Taliban and ask them to escort our convoy out," an official who left with Monday's group was quoted as saying.

And while there were some delays, the group eventually made its way successfully onto the flight.

Outside the Indian embassy in Kabul, a group of Taliban fighters waited, armed with machine guns and rocket-propelled grenade launchers