Vice President Jagdeep Dhankhar after getting elected as the Vice President is officiating on the Chair of Rajya Sabha for the first time.

New Delhi: Prime Minister Narendra Modi on Wednesday welcomed Vice President Jagdeep Dhankar to officiate on the Chair of Rajya Sabha on the first day of the Parliament winter session on Wednesday.

Vice President Jagdeep Dhankhar after getting elected as the Vice President is officiating on the Chair of Rajya Sabha for the first time.

During the opening address in the Parliament, PM Modi said, "I congratulate Chairman on behalf of this House as well as the nation. You have reached this stage while going ahead in life amid struggles, it's an inspiration for several people in the country. You are gracing this august post in the House." "Our Vice President is a Kisan Putra and he studied at a Sainik school. Thus, he is closely associated with Jawans and Kisans," he added.

Modi further stated, "This Parliament session is being held at a time when we are marking Azadi Ka Amrit Mahotsav and when India has assumed the G-20 Presidency." Before the start of the Winter Session of the Parliament, Prime Minister Narendra Modi on Wednesday said that India receiving the G20 Presidency is a huge opportunity. 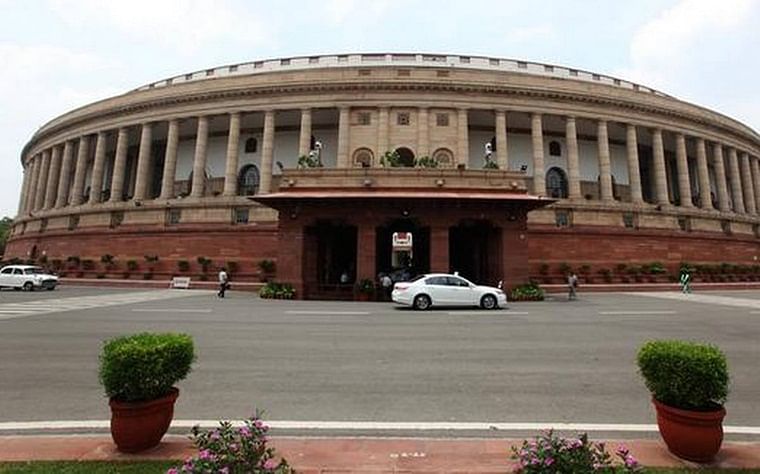 PM Modi addressed the media before the session

Addressing media persons before the start of the first day of the Winter Session of Parliament, PM Modi said, "It's the first day of Winter Session. This session is important because we met before 15th August. 75 years of Independence completed on 15th August and we are going ahead in Azadi ka Amrit Kaal. We are meeting at a time when India has received the opportunity to preside over the G20." "The manner in which India has made a space in the global community, the manner in which expectations with India have risen and the manner in which India is increasing its participation on the global platform, at a time like this, India receiving the G20 Presidency is a huge opportunity," PM Modi said.

The G20 or Group of 20 is an intergovernmental forum of the world's major developed and developing economies. India formally assumed the G20 Presidency on December 1.Last month, Indonesia handed over the G20 presidency to India in the presence of PM Modi at the Bali summit for the coming year.

The winter session of the Parliament will begin on Wednesday. The session will have a total of 17 working days.