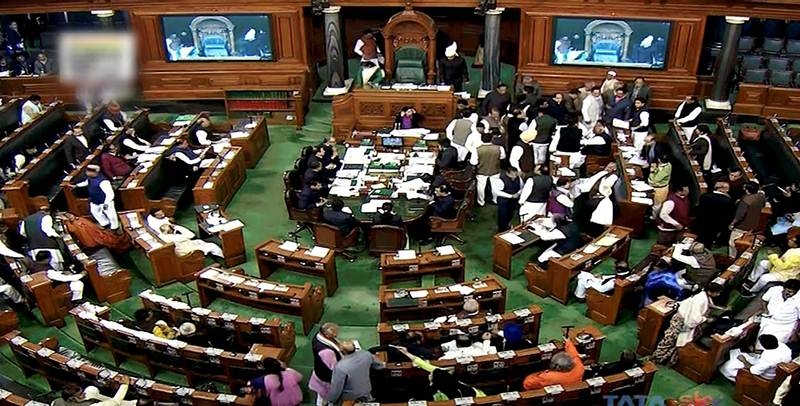 New Delhi: The Consumer Protection Bill 2018 was passed by the Lok Sabha on Thursday amid slogan shouting by the Opposition. Moving the Bill for its passage, Union Minister for Consumer Affairs Ramvilas Paswan said the Bill was non-controversial and was in the interest of the consumers.

He said the Bill, which seeks to establish authorities for timely and effective administration and settlement of consumers’ disputes, is above partisan politics. The Minister said that a penalty provision has been incorporated in the Bill, but does not envisage jail terms.

The Bill was passed after an hour-long discussion in which 11 members from different political parties participated and presented their views. The Bill was introduced in January during the last Winter Session of Parliament. It seeks to replace the three-decade-old Consumer Protection Act, 1986 and seeks to set up a Central Consumer Protection Authority (CCPA) to “promote, protect and enforce the rights of the consumers”.

Participating in the debate, Trinamool Congress’ (TMC) Pratima Mandal demanded that celebrities be restrained from endorsing any product.

“The celebrities or endorsers may also not be able to understand the scientific compositions of the food products and the science behind the claims. Therefore, to deal with the situations like these it may be a better option to ban celebrity endorsement completely,” she said.

The Bill also seeks to provide Consumer Disputes Redressal Commissions at national, state and district levels to look into consumer complaints. She said the Bill empowers the Central government to appoint members to this commission but does not specify that the commission should have a judicial member.

“If the commission was to have members only from the executive, the principal of separation of powers may be violated. The Bill confers power on the Central government to appoint and remove members and provide conditions of service for members of the district, state and National Consumer Disputes Redressal Commission,” she said.

Biju Janata Dal’s (BJD) Tathagat Satpathy said that power to appoint members into the commission at the district and state levels lies with Central government which will be an attack on the fundamental structure. Consumer Protection Councils will also be set up at the district, State, and national level, as advisory bodies. Consumer mediation cells will be set up on the same lines.