Will work for BJP till my very last minute: Karnataka CM BS Yediyurappa amid exit talk 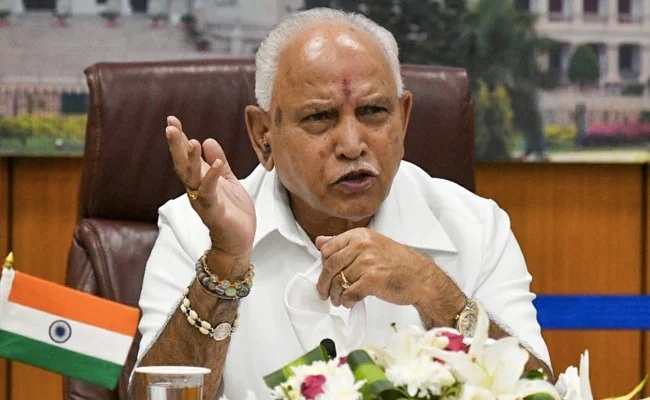 Bengaluru: First came support from Lingayat spiritual pontiffs and then nature, rather floods, ironically though, on Sunday came to the rescue of Karnataka Chief Minister BS Yediyurappa as BJP high command postponed a decision on his continuation as CM.

It would have looked insensitive changing a CM when the state was reeling under massive floods and BSY was on the ground surveying the damage in north Karnataka. National president JP Nadda, who was supposed to convey a message to the CM, said in Goa that Yediyurappa was doing a good job and there was no crisis.

“Yediyurappaji has done good work. Karnataka is being run well. He is taking care of things in his own way,” Nadda said in Panaji. To a query pointing to the leadership crisis in the state, he replied, “That is what you (media) feel. We (BJP leadership) don’t feel so.”

In Bengaluru, Yediyurappa said late evening that no message had so far come. "Nothing has come till now... In the morning there is a programme to mark two years of government. I will speak about the achievements in those two years. After that, you will know the progress," he told the media.

But the 78-year-old CM threw a big hint and a message for his Delhi bosses that he has enough fire in his belly to work for the party for another 15 years, clearly indicating that his age is just a number.

"I have decided that I will work till the very last minute. I already said two months ago that I was ready to resign whenever I was asked to. I will say it again - until now I have got no message from the centre. As soon as it comes, if they ask me to continue I will. If not, I will resign and work for that party," he said.

"I believe the information will come tonight or tomorrow morning. If the message comes by evening, I will let you know immediately," the Chief Minister said when asked about the matter.

Anticipating that he would be asked to go, the CM had not fixed any programme for Monday except the meeting to mark his two years in office. But late in the evening, his office said that he will visit the flood-hit areas in Uttara and Dakshina districts after the function in Bengaluru.

But in a surprise development, the BJP high command Sunday summoned Karnataka Mines and Geology Minister Murugesh Nirani and Union Parliamentary Affairs Minister Prahalad Joshi for a meeting. They are front-runners likely to succeed BSY.

Earlier in the day, Lingayat mutt pontiffs met at Palace Grounds and reiterated their support to Yediyurappa.