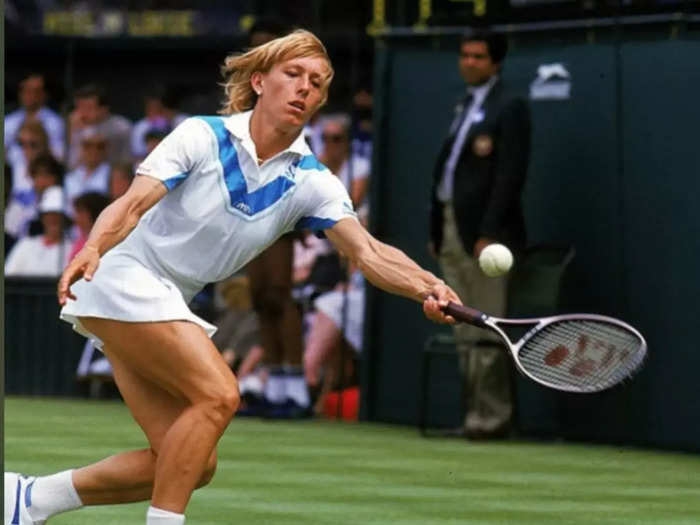 Tennis legend Martina Navratilova on Thursday slammed Pramod Muthalik, the chief of the controversial Hindu outfit Sri Ram Sene, for his controversial speech. The leader had demanded that the Jamia Masjid in Karnataka’s Gadag “should be demolished,” and a Venkateshwara temple, which, according to him existed there, should be rebuilt in place of the mosque.

Taking to Twitter, Navratilova wrote: "Quite the democracy, eh? Trying to catch up to trump, I see. But then Modi and trump were pretty chummy from what I could see… will Modi speak up against this man and his rhetoric? I doubt it…"

Meanwhile, quoting his speech made in Gadag on the occasion of Vijayadashami, online news portal TNM said Muthalik claimed: “We had to fight for 72 years for Ram Mandir in Ayodhya. After 72 long years, Babri Masjid has been removed and Ram Mandir will be built there. In the same manner, in Gadag, the Jamma Masjid that's there, it's a Venkateshwara Temple and I'm telling it with full confidence that it should be razed.”

Muthalik said that “there's proof that Babri Masjid was built on a temple, similarly, during Tipu Sultan's rule, Venkateshwara Temple was demolished and Jamma Masjid was built. We have proof.”

Muthalik was presiding over an event held by the Sri Ram Sene to “sensitize” people on alleged religious conversions.

Meanwhile, earlier this month, the tennis legend had taken a dig at Union Home Minister Amit Shah for hailing Prime Minister Narendra Modi as a "democratic leader". Shah had said that even his critics will agree that the Union Cabinet has never functioned in such a democratic manner as it is functioning in the Modi government.

Reacting to it, Navratilova wrote: "And for my next joke…”