Deepika shared a controversial cartoon about the Hindu festival of Navratri, which shocked people to their wit's end.
FPJ Web Desk 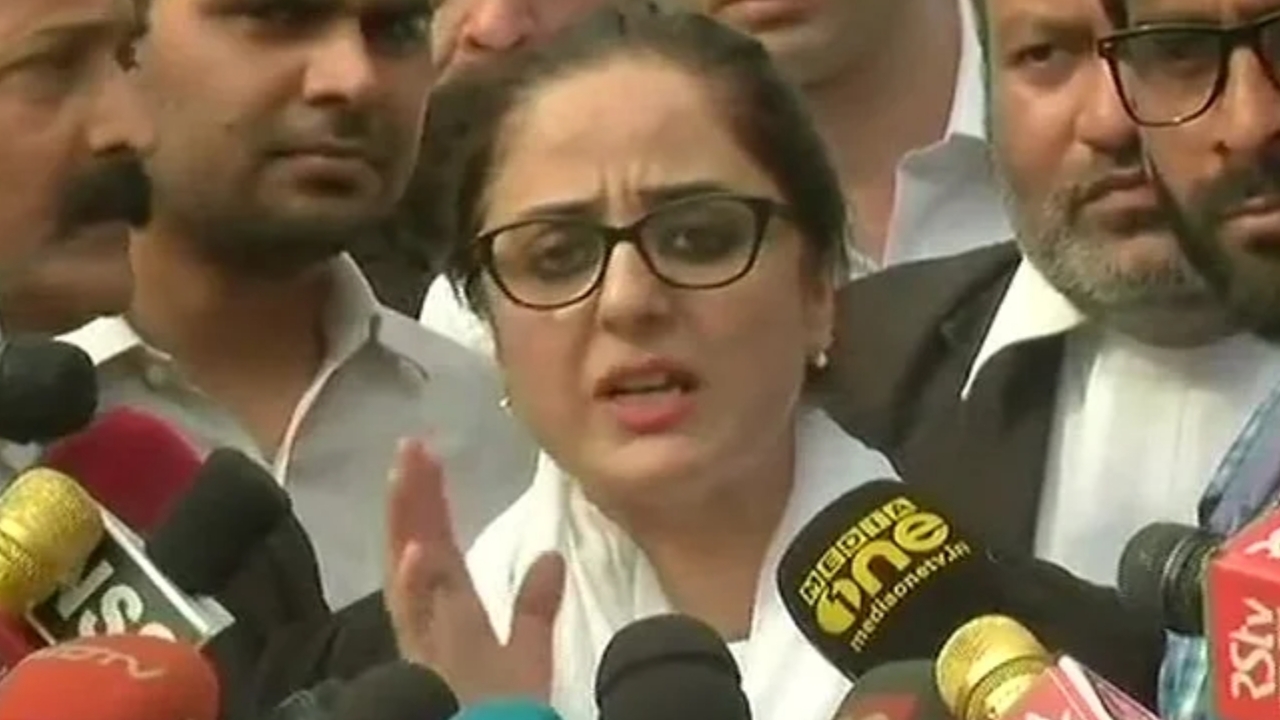 Deepika Singh Rajawat, the lawyer who shot to fame while representing the Kathua rape victim, two years ago, has now been accused of insulting Hindu gods and goddesses. Demanding Deepika's arrest, Twitter users have amplified the #ArrestDeepikaRajawat hashtag, highlighting the controversial tweets that she made regarding Hindu deities during Navaratri.

Notably, Deepika shared a controversial cartoon about the Hindu festival of Navratri, which shocked people to their wit's end. The artwork reportedly depicted a man touching the feet of a deity during Navaratri, and later the same man holding both of the legs of a woman on the rest of the days.

"Irony," captioned Deepika while sharing the cartoon from her official Twitter handle.

Understandably, the post bruised the nerves of a lot of people who felt their religious sentiments were intentionally hurt on Navaratri, which spans nine nights (and ten days) and is celebrated every year in the autumn in honour of the divine feminine Devi (Durga).

Twitterati wasted no time in campaigning against the lawyer-activist, demanding her arrest for insulting the Hindu deity. Here are some of the reactions on Twitter:

Saudi, Iraq, Iran and other Islamic countries don't celebrate navratra.
Are these countries safe for women?
No. They are the worst.

I would suggest these bhavna's & Deepika's to marry one Abdul & leave for Iraq.#Arrest_Deepika_Rajawat pic.twitter.com/cXI7QK7aGP

It's a clear cut case of hurting religious sentiments under section 295A..
This lady is a hatemonger & is intentionally circulating content to hurt hindu feelings
Why?
Just Bcoz hindus don't behead or burn down cities ?
Shame on this vermin!#Arrest_Deepika_Rajawat https://t.co/21s3ataK5K

I am sure there will be action against her or will pursue the case personally and see to its legal end @HinduITCell #JaiSriRam pic.twitter.com/fKJHfrQYP2

Kathua rape case: Deepika Rajawat's chequered past as the lawyer

The alleged gangrape and murder of the eight-year-old girl, who belonged to nomadic Muslim community, took place in the Kathua district in January. After being missing for a week, her body was found on January 17. A later chargesheet revealed gory details about the crime and led to a public outcry in various parts of the country.

Rajawat, who hogged newspaper headlines when she spearheaded the cause of the victim's nomadic family, told the media that she was receiving death threats ever since she became associated with the case. The victim was raped and subsequently murdered in Rasana village of Kathua district in Jammu and Kashmir in January.

Before the media, she talked of being afraid for her life as she said she might get raped or murdered. Adding that she has been called anti-Hindu and boycotted socially, Deepika had further said that she would be approaching the Supreme Court to demand security for herself and her family.

However, later, the family of the eight-year-old Kathua rape and murder victim decided to drop their lawyer Deepika Rajawat as she was "barely been available at the court hearings", according to the victim’s father.

The father had told reporters then that the case had been heard 100 times by the court and around 100 witnesses had been examined during the trial, but Rajawat had only appeared twice for the family.