‘Whether we like it or not...’: Rahul Gandhi hits out at RSS and BJP over ideology

Gandhi said that the Congress ideology is vibrant and alive but has been overshadowed by that of BJP and RSS.
FPJ Web Desk 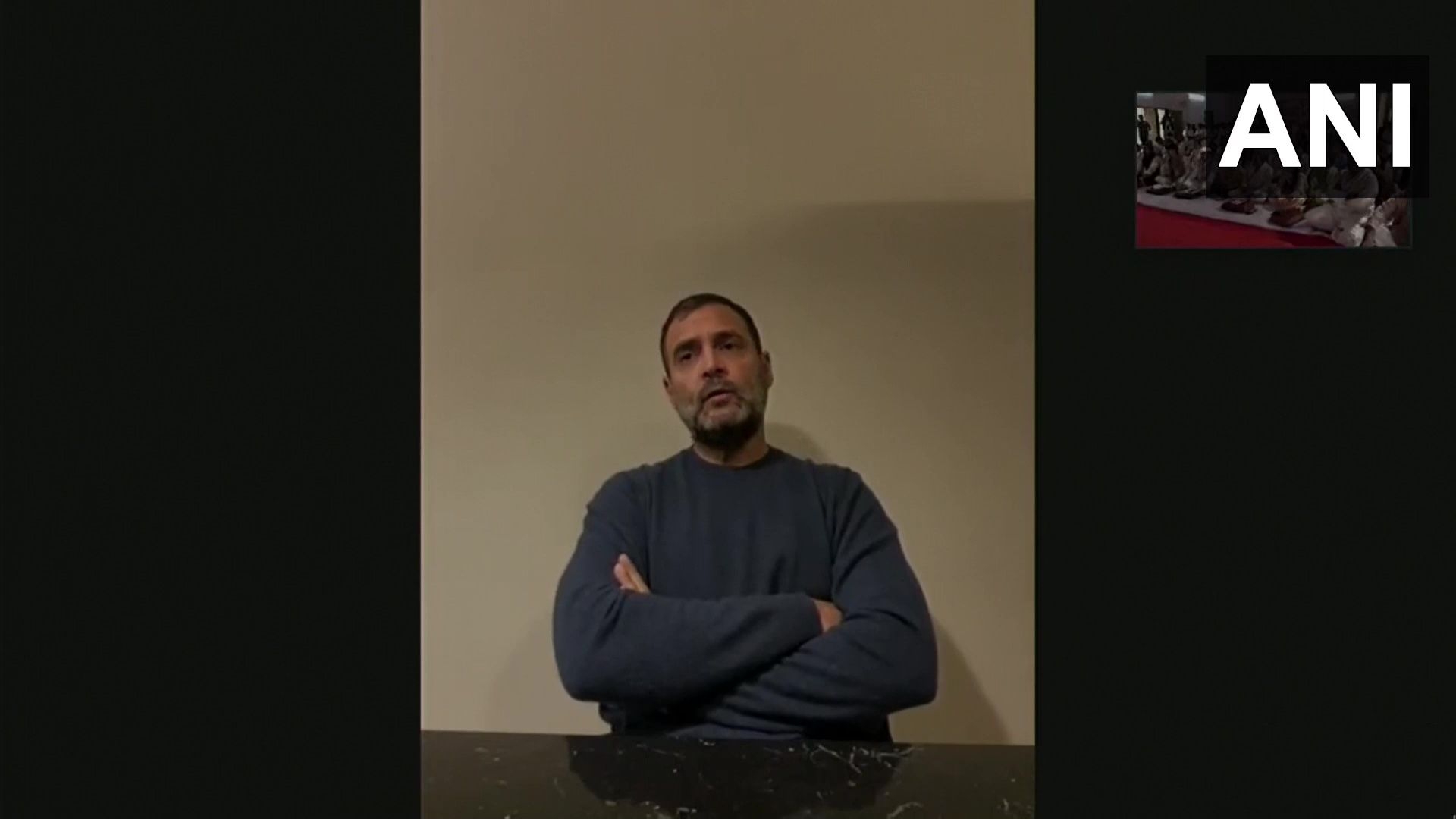 Former Congress President Rahul Gandhi on Friday took a jibe at the BJP-RSS ideology of 'hate' and said Hinduism and Hindutva are two different concepts. Gandhi made these remarks while he was addressing his party workers during the launch of Congress' digital campaign 'Jan Jagran Abhiyan' via video conferencing.

Taking a dig at the ruling party, the Wayanad MP also addressed the dripping popularity of Congress' ideology of 'love' 'affection' and 'nationalism' among the masses.

"Today, whether we like it or not the hateful ideology of RSS & BJP has overshadowed the loving, affectionate and nationalistic ideology of Congress Party, we have to accept this.

He said that the Congress ideology is vibrant and alive but has been overshadowed by that of BJP and RSS.

"Our ideology is alive, vibrant but it has been overshadowed" Gandhi said.

He also indirectly, expressed his opinions on the ongoing controversy over senior Congress leader Salman Khurshid's book on the Ayodhya Verdict called 'Sunrise Over Ayodhya' wherein he allegedly compared the ideology of Hindutva to the radical Islamic ideology of ISIS and Boko Haram.

Gandhi said Hindutva and Hinduism are two different concepts and elaborated, "What is the difference between Hinduism & Hindutva, can they be the same thing? If they're the same thing, why don't they have the same name? They're obviously different things. Is Hinduism about beating a Sikh or a Muslim? Hindutva of course is."

The Congress has seemed to have opened a fresh can of worms with Khurshid's new book as it has handed the BJP another opportunity to reiterate its accusations of 'hating' and 'disrespecting' Hindus on the grand old party ahead of the impending Uttar Pradesh polls in 2022.

Meanwhile, the party will be conducting a country wide mass awareness programme, called 'Jan Jagran Abhiyan' between November 14 to November 29 to highlight the anti-poor policies of the Modi government.