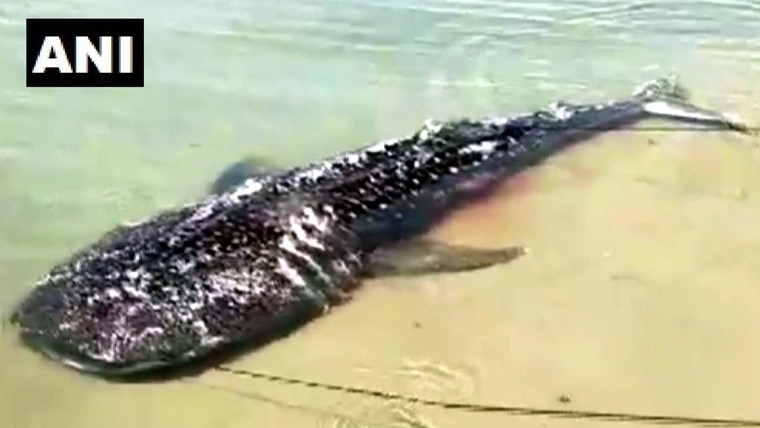 On Sunday, a whale shark was washed ashore in Atrankarai near Alakankulam in Ramanathapuram district in Tamil Nadu.

Forest officials told news agency ANI that the shark whale was buried on the beach after an autopsy.

In May 2017, a dotted whale shark, weighing about 800 kilos, was washed ashore in the Pamban sea coast near Tamil Nadu’s Rameswaran, reported news agency PTI.

The largest fish species in the world, whale shark (Rhincodon typus) is listed under Schedule I (Part IIA Fish), according it the highest level of protection.