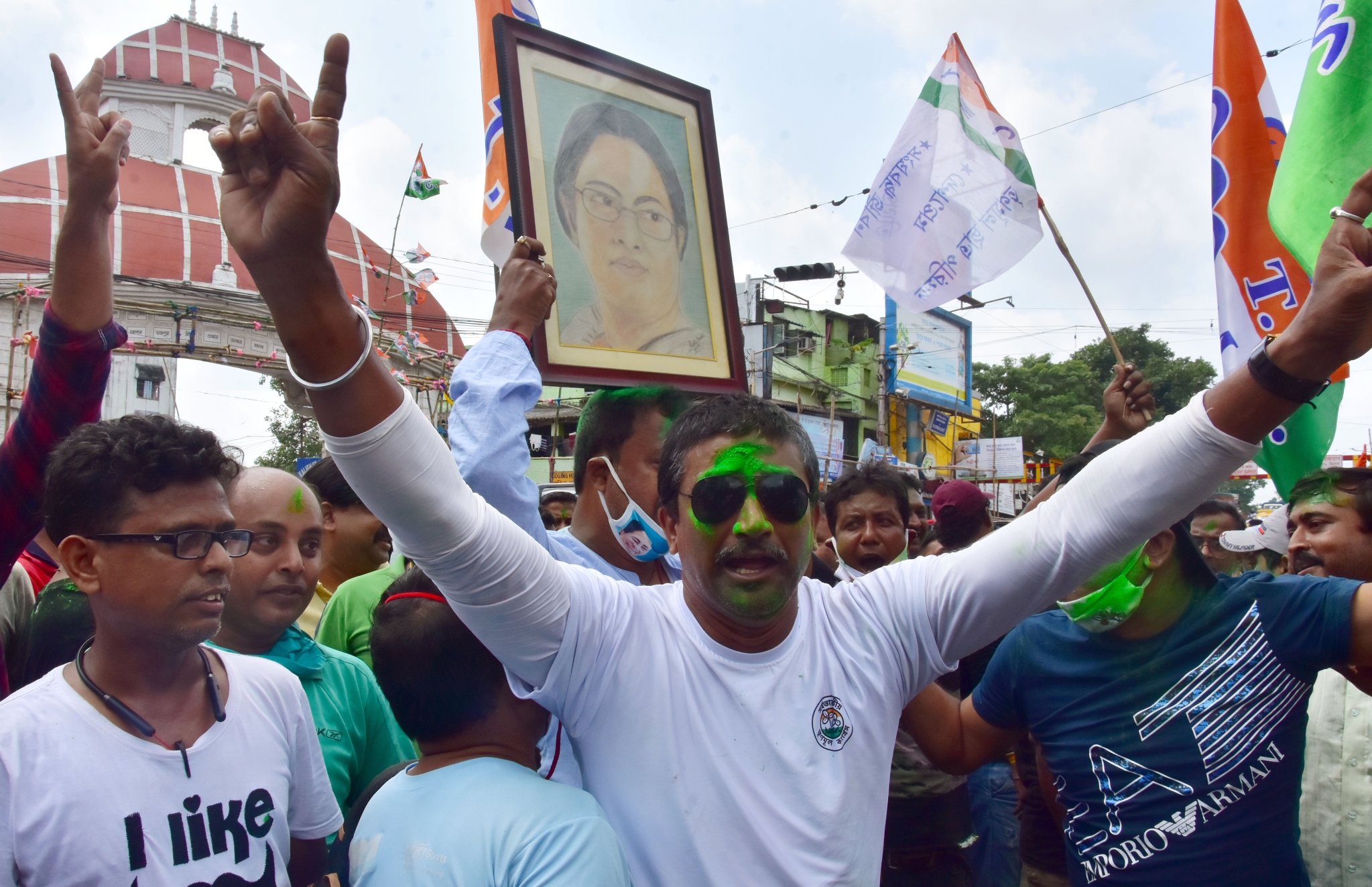 Kolkata: A day after TMC announced the names of their candidates for the four bypolls scheduled on October 30, the TMC candidates started campaigning from Monday.

After taking part in the wall graffiti, TMC’s Shantipur candidate Brajkishor Goswami along with his supporters was seen campaigning in his area.

Meanwhile, the West Bengal BJP who are scheduled to release the names of the candidates soon, on Monday released the names of the observers and in-charges of the four places including Gosaba, Shantipur, Dinata and Khardha that will go for bypolls on October 30 and the counting is scheduled on November 2.

Meanwhile, sparking speculation of breaking the alliance with the Congress, the CPI (M) chairman and senior politburo member Biman Basu said that they have fielded individual candidates in all the seats as the Congress didn’t respond to their call for alliance.

“In Dinhata AIFB candidate is Abdur Rauf, in Shantipur its CPI (M)’s Soumen Mahato, in Khardah its CPI (M)’s Debojyoti Das and in and in Gosaba its RSP’s Anil Chandra Mandal. The Congress is in hibernation since the Assembly polls got over so we have fielded our own candidates,” the senior politburo member said.