Speaking to the media, state education minister Bratya Basu said that they have submitted a deputation to the Governor and also that the Governor said that he will look into the matter.

“The BJP often meets the Governor. But the Governor is of the state and is also our Governor. So we came to meet him and spoke on several topics and he was happy to meet the TMC delegation,” said Basu.

“When Suvendu was in TMC, state BJP in their party office had shown how Suvendu had taken money in front of the camera and after he joined BJP the video got deleted. We have also informed the Governor that Saradha scam kingpin Sudipta Sen had also mentioned that he had given money to Adhikari and Adhikari even blackmailed him. We want immediate arrest of Suvendu,” mentioned Ghosh, also adding that the delegation also spoke on other issues with the Governor.

In a twist in the tale, soon after the TMC delegation left, Governor Jagdeep Dhankhar alleged that the state government in Bengal is ‘far away’ from the constitution.

“The TMC delegation had come to complain against the Leader of Opposition and I said I will look into the matter. But in reality, this state government is also far away from abiding by the Constitution,” said Dhankhar.

Taking to Twitter, the Governor wrote, “Guv urged the delegation @AITCofficial-Ensure Govt. acts according to Law & not Law of Ruler; -Curb Syndicate & Mafia that as per High Court is in every nook & corner of state;-Stop appeasement & communalization in victim relief; -Ensure CM performs her constitutional duty.”

However, criticizing the TMC delegation, BJP spokesperson Shamik Bhattacharya said that the TMC is suffering from ‘Suvendu Adhikari syndrome’. 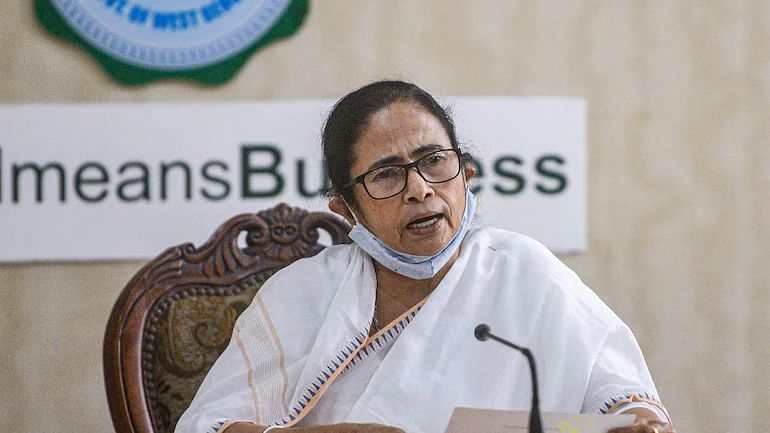