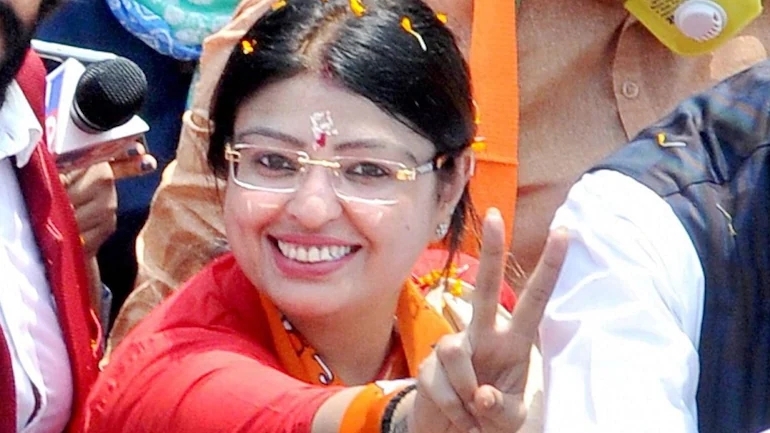 Kolkata: West Bengal BJP Chief Dilip Ghosh said that they have selected a woman candidate against Chief Minister Mamata Banerjee because she had already proven her worth against the post-poll violence in West Bengal.

“If anything happens or goes against Mamata Banerjee she cries foul claiming that BJP doesn’t care for women for which this time we have given a woman candidate against her. Priyanka Tibrewal has visited every district to fight the post-poll violence issue and at least 12000 cases have been found,” said Ghosh.

Slamming West Bengal Transport Minister Firhad Hakim for his comment that no one knows Priyanka Tibrewal, Ghosh said that Mamata Banerjee got prominence after she won against former West Bengal speaker Somnath Chatterjee in 1984.

“No one becomes popular at the first go. Today Mamata Banerjee became Chief Minister but she came into prominence after defeating Somanth Chatterjee in 1984. Priyanka will also become popular,” said Ghosh.

Claiming that people of Bhabanipur will also abandon Mamata Banerjee like people of Nandigram did, Ghosh said that BJP had also planned for 20 star campaigners who will campaign in all three constituencies going for poll on September 30.

Asked about inclusion of former Union Minister Babul Supriyo's name in the list to which Ghosh said that Babul is very much active in BJP.

Notably, on July 30, Asansol MP Babul Supriyo on social media had written that he has left politics and later on that day he met Union Home Minister Amit Shah and claimed that he will not be active in politics but will continue with his MP post.

When asked why Prime Minister Narendra Modi and Union Home Minister Amit Shah is not visiting the state to which the West Bengal BJP chief said that they won’t campaign for bypoll.

Meanwhile, BJP Bhabanipur candidate Priyanka Tibrewal said that she is ready to contest the poll and restore democracy in West Bengal.

“This is not just a fight against Mamata Banerjee but a fight to restore democracy. People of Bhabanipur are cosmopolitan and they will decide wisely. They will have to decide whether they will vote for someone who had displaced people or someone who had brought back people in their house,” mentioned Priyanka.

Incidentally, the Bhabanipur constituency doesn’t only consist of Bengali crowds but also houses several Gujrati, Punjabi and Bihari and in keeping with the population the saffron camp had decided their star campaigners which have several Union Ministers like Hardeep Singh Puri, Smriti Irani, Shantanu Thakur, Manoj Tiwari to name a few.