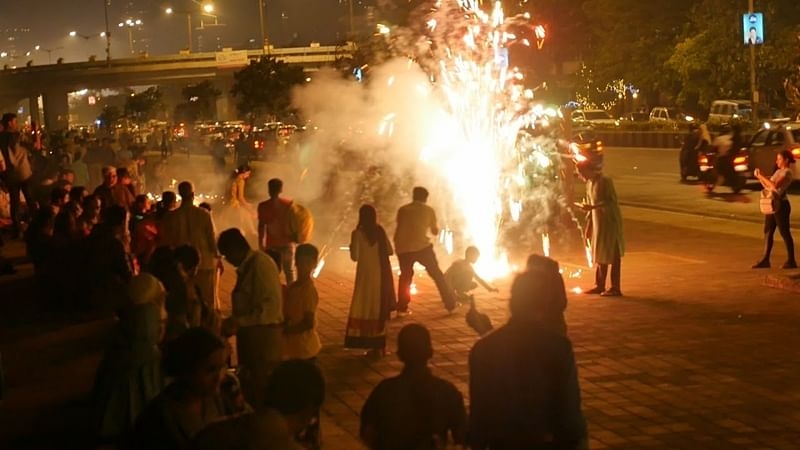 Kolkata: At a time when doctors wrote a letter to Chief Minister Mamata Banerjee over ban on crackers during Diwali, the West Bengal Pollution Control Board (WBPCB) allowed burning of eco-friendly or green crackers on Diwali and Chhath Puja for two hours.

The official order by WBPCB stated that crackers will be allowed on the evening of Diwali-Kali Puja for two hours from 8 pm to 10 pm. On Chhath puja from 6 am to 8 am, and for 35 minutes on Christmas and New Year’s Eve.

WBPCB chairman Kalyan Rudra said that the authorities have been asked to implement the notification and WBPCB team along with police will monitor and will take strict action against those who will flout the order.

Environmentalist Subhas Dutta said that even green crackers have chances to pollute the air and also that allowing bursting of crackers may involve selling of banned crackers.

“Crackers pollute both air and health. Such a notification should not be sent especially during the pandemic. Illegal crackers will also be sold which might increase air pollution in West Bengal,” said Dutta.

Meanwhile, the Bengal Clean Air Network along with doctors from Association of Radiation Oncologists of India, Society of Emergency Medicine India, South Asian Medical Students Association, and environmental experts from leading NGOs like Switch ON Foundation, Greenpeace, Rainforest Alliance, TSHED, Y-East have written a letter to the Chief Minister Mamata Banerjee appealing a complete ban on firecrackers across the state ahead of Diwali celebrations for 2021.

Dr. Soirindhri Banerjee. M.D. Resident, Dept. Of Radiation Oncology, IPGMER & SSKM HOSPITAL said, “It is extremely important to recognise the potential of smoke and suspended smog as significant worsening factors of respiratory infections. As festivities continue, we urge all to celebrate with lights and lamps and consciously curb the use of firecrackers to control air pollution.”