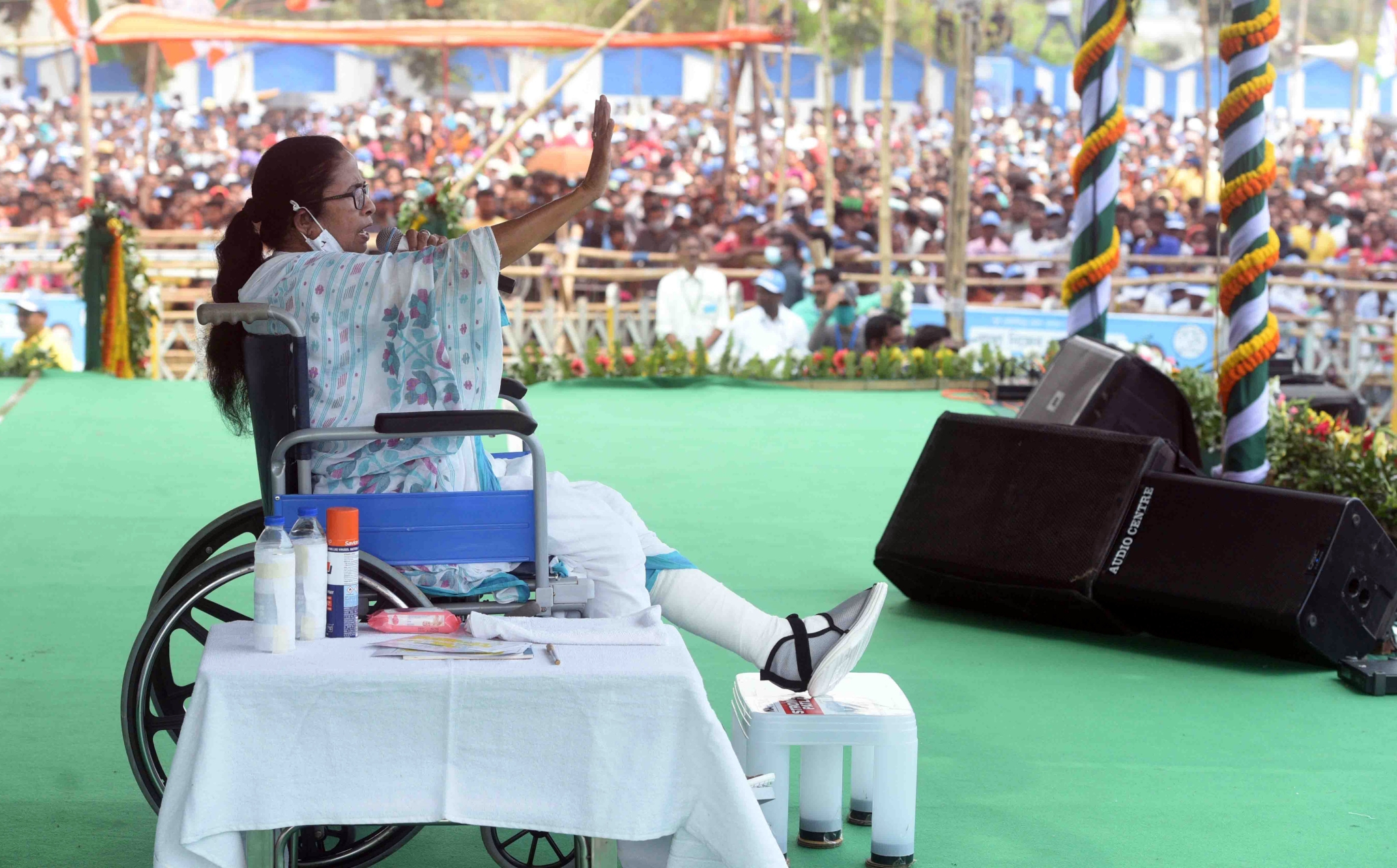 West Bengal Chief Minister and Trinamool Congress (TMC) supremo Mamata Banerjee will on Friday file her nomination for the by-polls to the Bhabanipur seat.

According to the schedule announced by the Election Commission of India (ECI), the by-election in Bhabanipur Assembly Constituency in West Bengal will be held on September 30.

The Election Commission also informed that by-polls will also be held in Samserganj and Jangipur of West Bengal and Pipli constituency of Odisha on the same date.

The counting of votes will be taken up on October 3.

The Bhabanipur assembly seat was vacated by the West Bengal Agriculture Minister Sobhandeb Chattopadhyay in May, making way for West Bengal Chief Minister Mamata Banerjee to contest from Bhabanipur seat.

Mamata Banerjee, while addressing the TMC workers' convention in Chetla on Wednesday, confirmed that she would file her nomination for the Bhabanipur assembly by-election on September 10.

Banerjee expressed her displeasure regarding the Assembly poll timings and phases once again.

Speaking on this, the state Chief Minister said, "Only God knows the way polls were held in 2021. Centre lied, still couldn't beat me. There was a conspiracy behind an attack on me in Nandigram. Thousand goons from outside came to mislead about Bengal." Amid the ongoing political tensions between BJP and TMC in West Bengal, the announcement by the Election Commission of India has again compelled both the main parties to initiate debate for the by-polls.

Meanwhile, the Model Code of Conduct is in force in the districts, in which the whole or any part of the Assembly constituency is going for election.