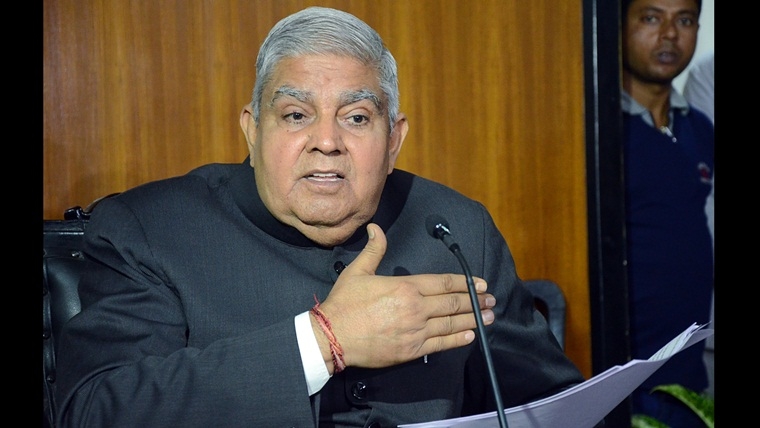 Kolkata: West Bengal Legislative Assembly Speaker Biman Bandhopadhyay while observing Constitution Day said that the Governor Jagdeep Dhankhar should work together with the Trinamool Congress for development of the state.

Addressing the media in the Assembly, Biman said that the ruling Trinamool Congress is about to bring several bills that would add to the development of the state and also that the Governor should cooperate with the state government to pass the bill.

“The Governor at times doesn't always cooperate with the state government. He should sign all the bills needed to develop the state at the earliest in order to help the government in its functioning,” said the Speaker.

Notably, the Governor in the recent past didn’t sign and pass the Howrah Municipal poll that was supposed to be held with Kolkata Municipal Corporation on December 19.

Slamming the Speaker, West Bengal BJP vice president Jay Prakash Majumdar said that instead of ‘maligning’ the Governor, the Speaker should ‘do his work honestly’.

“The chairman post of PAC and disqualification of the MLA post of defected leaders and implementation of anti-defection laws is still pending in West Bengal. Instead of giving advice to the Governor, the Speaker should do his duty properly,” claimed Majumdar.

It can be recalled that the saffron camp had moved both the Supreme and Calcutta High Court requesting implementation of anti-defection law in West Bengal. Leader of Opposition Suvendu Adhikari had also written letters to Speaker Biman Bandhopadhyay over cancellation of MLA post of those leaders who had rejoined the ruling Trinamool Congress.

It is pertinent to mention that the Supreme Court in the recent past had instructed the Speaker to expedite the proceedings of cancellation of MLA post of defected leader Mukul Roy.